Moritz Alfred Andresen (November 18, 1898-January 27, 1948) was a truck driver who served on the Anchorage Fire Department for many years. He was a major player in Anchorage early development, and served for eight years on the Anchorage City Council (1937-1944). Beginning in 1950, Decema Alaska Kimball Andresen Slawson (June 25, 1906-February 4, 2002) joined her mother, Della, in operating Kimball's Dry Goods (500 and 502 West Fifth Avenue). The Kimball family operated Kimball's Dry Goods, the oldest continually operating business in Anchorage, from 1915 to 2002. After Decema's death in 2002, the Kimball family sold the business and, in its place, the Kobuk Coffee Company, expanded its operations.

Moritz Alfred Andresen was born November 18, 1898, in Minneapolis, Minnesota.  He arrived in Anchorage in 1921, after working as a seaman on a whaling ship in the Aleutian Islands.1 He first went to search for gold in the Cache Creek area. After his sojourn in the mining district, he moved to Anchorage. First, he took a job with the Brown and Hawkins Company. He then moved on to the Alaska Transfer Company and the Berger Transportation Company. His brother, Clark Andresen, born in Minneapolis, Minnesota in 1904, came from Seattle, Washington to join Moritz in Anchorage in 1922. Clark graduated from Anchorage High School with the Class of 1925 and went on to establish a family, whose history is recorded under his name.

In 1925, Moritz Andresen met and married Decema Kimball, the daughter of Anchorage pioneers Irving L. and Della Kimball. Irving Kimball operated Kimball's Dry Goods store at the corner of 5th Avenue and E Street until his death in 1921.2 His widow, Della, continued to operate the store for many years after her husband's death.

Moritz Andresen joined the Anchorage Volunteer Fire Department and was the driver of the truck for many years. He served on the City Council from 1937 to 1944. Civic-minded, Moritz volunteered his knowledge and assistance whenever needed, and was a major player in the development years of Anchorage. Decema and Moritz Andresen had two sons, Carl and Alfred.  He died on  January 27, 1948,3 and is buried in the Masonic Tract of Anchorage Memorial Park Cemetery.

Decema Kimball was born at Resurrection Bay (now Seward) on June 25, 1906 while her father, Irving L. Kimball, was operating a trading post he established there in 1902. Seward served as the coastal terminus of the proposed Alaska Central Railroad and, after this railroad project became bankrupt in 1906, the family moved to Latouche Island in Prince William Sound, where her father operated a general store from 1907 to 1915. In Latouche, the family's business suffered due to a disastrous 1913 store fire and increasing competition from the Latouche Mine Commissary. In 1915, the family moved to Ship Creek (now Anchorage), the construction headquarters for the Alaska Railroad, to start another store.4 Decema graduated from Anchorage High School with the class of 19235 and then studied law. When she married, she spent some time in Cordova working as a reporter for the Cordova Times. Upon her return to Anchorage, she worked at Kimball's Dry Goods store.

In 1950, two years after her husband, Moritz, died, Decema re-joined her mother, Della Kimball, in operating Kimball's Dry Goods. That same year, at the age of forty-four, she learned to fly a plane. She obtained a commercial license, but did no commercial flying. In 1962, Decema went on a polar bear hunt and successfully shot a record-size bear out on the polar ice. She flew her own plane out on the ice into "tomorrow" across the International Date Line, shot the bear, and returned "today."

In 1997, Decema Kimball Andresen recounted her childhood years in Latouche in a self-published book entitled Memories of Latouche. Late in life she married Elwell G. Slawson. She continued to be involved in the operation of Kimball's Dry Goods until her death in 2002.  Decema Kimball Andresen Slawson died on February 4, 2002 and is buried in Angelus Memorial Park Cemetery, Anchorage.

From 1915 to 2002, Kimball's Dry Goods was the oldest continuously operated business in Anchorage. In its place, Kobuk Coffee Company bought the building and expanded its operations.6 The Kimball Building (500 and 502 West 5th Avenue) is on the National Register of Historic Places and is protected by the Anchorage City Charter. The building is the only remaining commercial building located in its original place from the original Anchorage townsite of 1915. 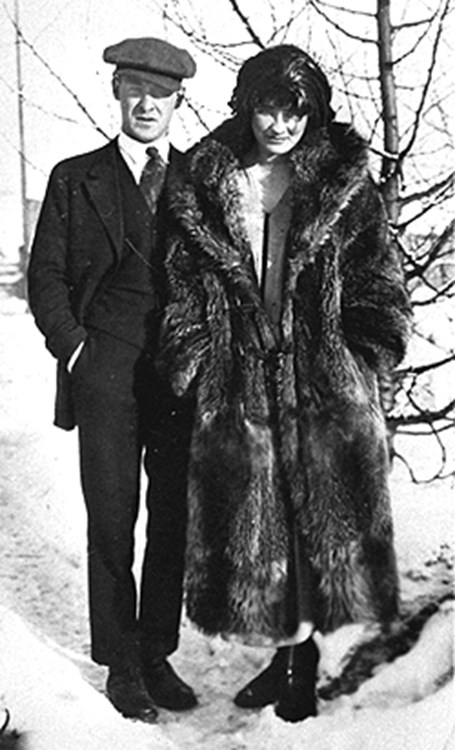 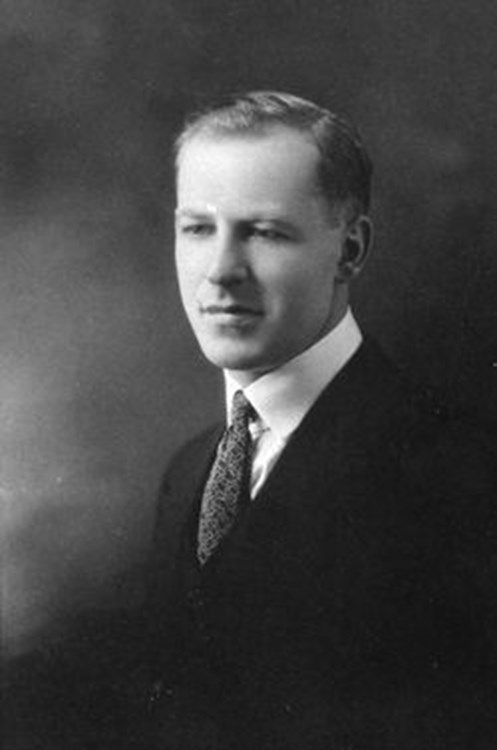 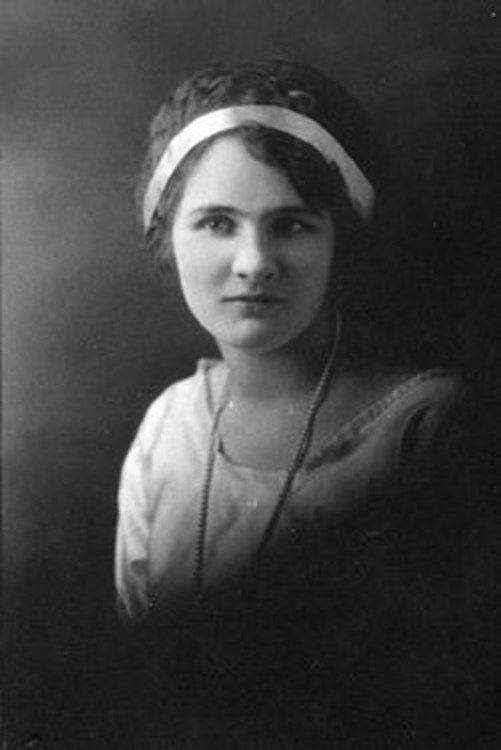 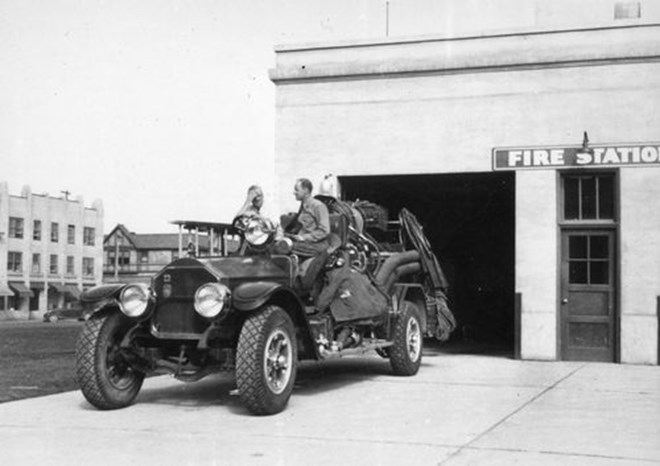 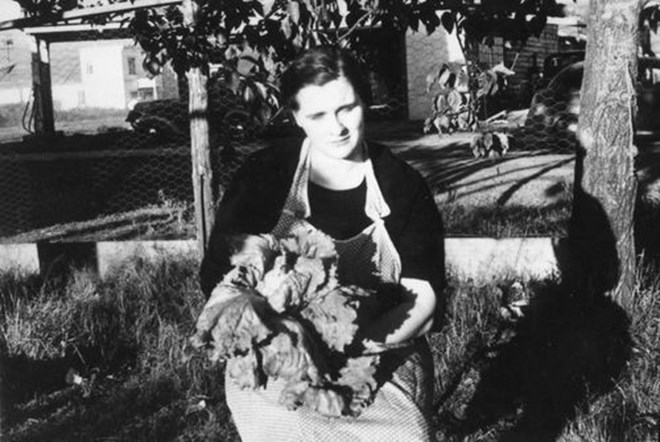 Decema Andresen with a prize-winning lettuce, 1938.

Courtesy of the Andresen Family. 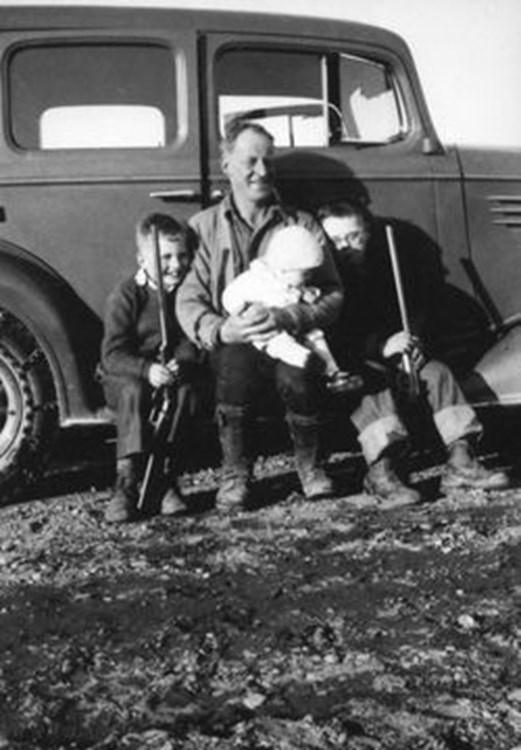 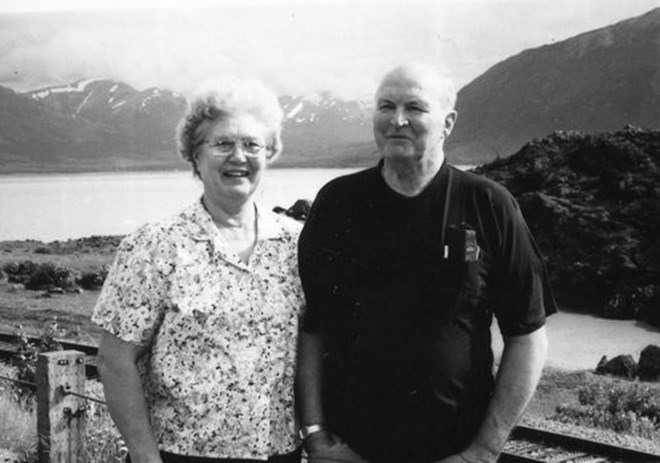 2The history and operation of Kimball Dry Goods is described in Michael E. Carberry, Patterns of the Past: An Inventory of Anchorage Historic Resources (Anchorage: Community Planning Department, Municipality of Anchorage, 1979), 71-72.