Evangeline Atwood (née, Maud Evangeline Rasmuson) was born in Sitka on February 3, 1906 to missionary teachers Jenny and Edward Rasmuson, who lived at Yakutat.1 Her father, a Danish-born Swede, came to Alaska in 1903 as a missionary teacher for the Swedish Covenant Church. After going Outside for additional schooling, he obtained a law degree to become a lawyer. After returning to Alaska, he founded the Bank of Alaska in 1917 (later known as the National Bank of Alaska), and became one of Alaska's most successful bankers.2

Civic and Community Service in Anchorage

Evangeline Atwood turned her energies into community and public service after the birth of her daughters, Marilyn Jeanette Atwood (1935-1994) and Sara "Elaine" Atwood (1940-2003). While Anchorage was growing in the 1940s and 1950s, Evangeline Atwood worked to ensure that civic organizations were in place to influence development. For over fifty years, she played a leading role in more civic organizations and public enterprises than perhaps anyone else in her time. She was active in organizing such community groups as the Cook Inlet Historical Society and the Anchorage Parent-Teacher Council (now the Anchorage Parent-Teachers Association). She organized the Anchorage Chapter of the League of Women Voters in 1950 and served as president and state director. She was past president of the Anchorage Woman's Club, the Alaska Federation of Women's Clubs, and co-founder of the Alaska Statehood Association. In 1958, she founded the Alaska World Affairs Council and served as its executive director. She served on the boards of the Alaska YWCA World Service Council, Alaska Historical Commission, Anchorage Historical and Fine Arts Commission, the Territorial Board of Public Welfare, and the state advisory board for the Institute of Northern Agriculture.4

Evangeline Atwood was called one of the "Architects of Alaska Statehood" by historian Claus-M. Naske for her work in organizing the Alaska Statehood Association, a non-profit group of statehood enthusiasts.  It established chapters in ten cities throughout the Territory of Alaska to popularize the statehood issue and enlisted celebrities throughout the country in this cause.  She was elected its president and was given authorization to hire George Sundborg, an old friend then working for the Bonneville Power Administration, to research and write a report on the pros and cons of Alaska Statehood for a referendum in the 1946 General Election.  Alaskans voted in favor of statehood by a 3 to 2 margin, or 9,630 to 6,822 votes.5

As a major supporter and benefactor of the arts in Anchorage, Evangeline Atwood was a founder or early advocate of the Anchorage Opera Association, Anchorage Community Theatre, Alaska Repertory Theatre, and the Alaska Light Opera Theatre. For many years, she held a presidential appointment as Alaska's representative on the advisory board of the John F. Kennedy Center for the Performing Arts in Washington, D.C.6

Evangeline Atwood's interest in Alaska history, politics and journalism led her to write seven books. She wrote two histories of Anchorage, the first, Anchorage, All-American City (1957)7 and the second, Anchorage, Star of the North (1982).8 Her first book, 83 Years of Neglect (1950), a description of the struggle for Alaska statehood and, along with Anchorage: All-American City, helped to energize the Alaska statehood movement.9  Her interest in the Matanuska Colony project, in which 201 families from the northern counties of Minnesota and Wisconsin were resettled in the Matanuska Valley in 1935, led to the publication of We Shall Be Remembered (1966).10  She also published Frontier Politics: Alaska's James Wickersham (1979), a biography of territorial judge and longtime U.S. Congressional delegate James Wickersham.11 She co-authored Who's Who in Alaska Politics: A Biographical Dictionary of Alaskan Political Personalities, 1884-1974 (1977), with Robert DeArmond of Juneau.12 In addition to her historical writings, she completed an unpublished manuscript on the history of Alaska newspapers; it was updated and published as Bent Pins to Chains: Alaska and its Newspapers (2006) with Lew Williams, Jr.13

In 1967, Evangeline Atwood received an honorary doctor of literature degree from the University of Alaska, and the following year was elected to the Alaska Press Club's 49er Hall of Fame. For her efforts, the Alaska Historical Society named her Historian of the Year in 1975. In 1981, she was named Alaskan of the Year in a statewide poll. In 1982, she was awarded an honorary doctor of humane letters degree from Alaska Pacific University. Additionally, the Atwood Concert Hall, the largest theater in the Alaska Center for the Performing Arts in Anchorage, is named in her honor.

In 1962, the Atwood Foundation was founded to continue the Atwood family's legacy in philanthropy by supporting arts and education projects to benefit the people of Anchorage and vicinity, especially for young people.  It has a grant program to provide support to non-profit associations specializing in the arts, journalism, history, or civic events.  The Atwood Foundation also supports post-secondary journalism education at the University of Alaska Anchorage and a scholarship program at Alaska Pacific University.15

The Atwood Family Papers, 1906-2003 (HMC-0989), are held by the Archives and Special Collections, Consortium Library, University of Alaska Anchorage. This collection is open to the public for research.18 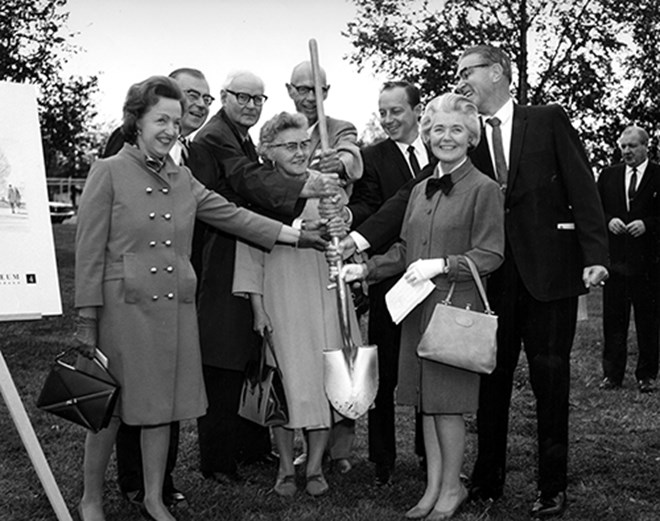 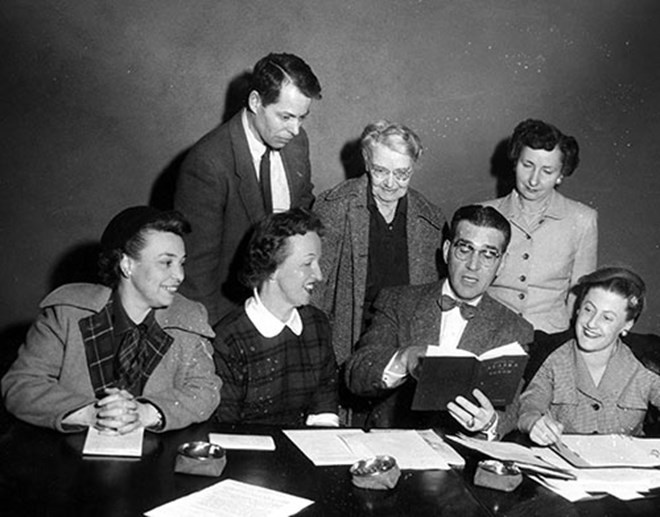