John Balios was a Greek immigrant who became an Anchorage chef and café owner. He operated several businesses from 1934 to 1957, including the D and D Café and a café in the rear of the Cheechako Tavern.

John Balios was born in Levathia, Greece, on December 21, 1891. When he was twenty-four, he arrived in Ketchikan, Alaska on June 11, 1915 aboard the Pacific Coast Steamship Company steamer Spokane. After leaving Ketchikan, he eventually arrived at the mouth of Ship Creek on June 24, 1915. This young immigrant landed here after President Woodrow Wilson made the official announcement on April 9, 1915 that Ship Creek would be the site of a railroad construction camp for the building of the Alaska Railroad. He was immediately employed as a cook by the Alaskan Engineering Commission (AEC) and was present to witness the almost overnight transformation of the site from a "tent town" to a "tent city."[1]

When the United States entered World War I in 1917, Balios enlisted in the U.S. Army and served for two years. He returned to Anchorage in 1920, and for the next few years was employed as a chef for Bob Kuvara in the Frisco Café and also at the Union Café. In 1927 he decided to try his hand at being a store owner on Latouche Island. He obtained a concession from the Kennecott Copper Company to open a store and operated it until 1934, when he decided that moving back to Anchorage would offer him better opportunities. According to the 1940 Alaska federal census, he was a naturalized U.S. citizen.[2]

Balios again plied his trade as a chef at various Anchorage restaurants and, in 1939, took over the operation of the D and D Café from Fred Wright. He operated the D and D until the big fire of 1942 when the café was destroyed.

Prior to the fire, Emil Pfeil and Tom Bevers remodeled the Hewitt building and established the Bevers and Pfeil Apartments, located at the corner of 4th Avenue and E Street. Within that building Walt Grohnert opened the Cheechako Tavern next door to Gus George's Shoe Shop.  John Balios took over the café in the rear of the tavern. Patrons had to walk through the bar to enter the café, which had no tables, just stools. Balios ran a successful café and became extremely popular with the breakfast and lunch crowd. Old-timers will long remember him as having the greatest French doughnuts which were made fresh daily.

Balios married Zona Polk in 1930, and the couple had three children: Tony, John, and James. His wife, Zona, was born on June 1, 1906 in Texas, and had a high school degree. According to Balios' brother-in-law, Damon Polk, when John Balios died in 1957 in Anchorage, his wife, Zona, and their three sons were living in Lubbock, Texas.[3] 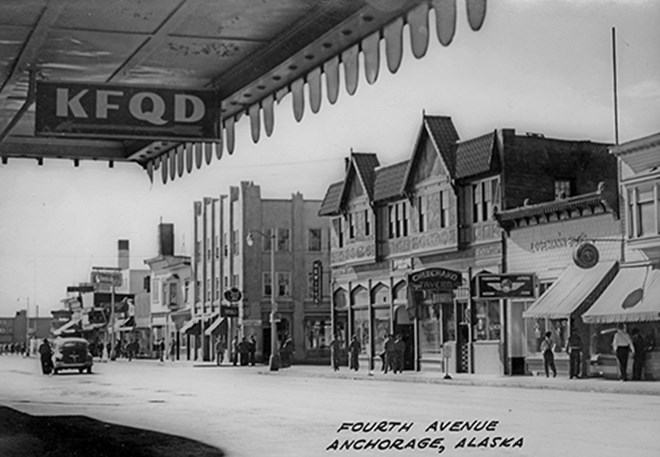 Looking across 4th Avenue to the Bevers and Pfeil Building, one of the larger commercial structures in Anchorage, which housed several businesses, including the Cheechako Tavern. John Balios ran a cafe in the back of the tavern. 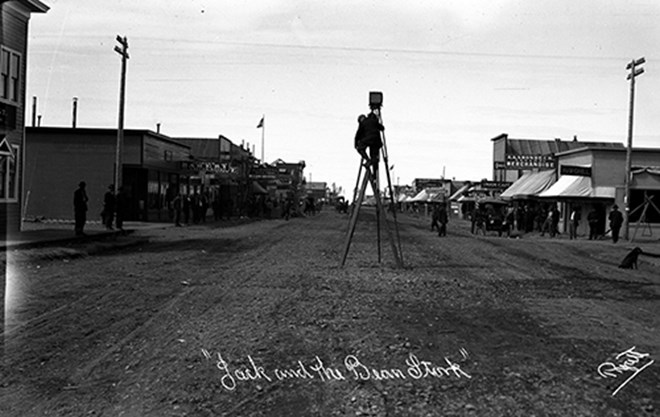 Alberta Pyatt took this photograph of Fourth Avenue, Anchorage, around 1916 or 1917. Visible on the right, just beyond the awnings, is the sign for the Union Cafe, where Balios worked as a cook. Artist and photographer Sydney Laurence stands on a ladder in the center of the street to use a huge tripod supporting a large camera. 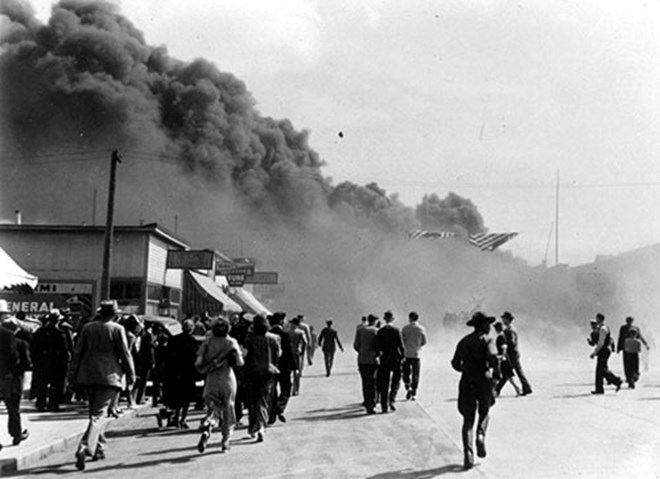 The Anchorage fire of 1942 which destroyed several businesses along 4th Avenue, including the D & D Cafe. 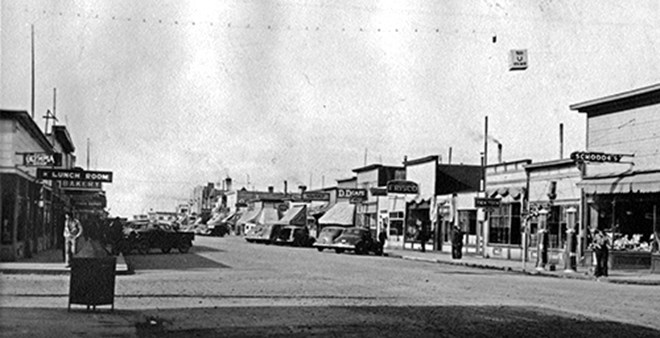 The sign for the D & D Cafe is visible in approximately the middle of the photograph. Balios operated this cafe from 1939 to 1942.