Johann “Jack” or "Red" Bartels was an early twentieth century mariner who operated a series of small boats under a mail contract serving Hope, Sunrise, Knik, and Susitna Station on Cook Inlet and the Susitna River. Later he operated cannery tenders for Far West Canner, H. J. Emard, and the Kustantan Packing Company. After his retirement, he moved to Anchorage in 1923, where he became a friend and counselor to Anchorage’s young people at the Community Building, which served as the community gym.

Johann Bartels was born in Hamburg, Germany on February 25, 1860.[1] He left home at the age of sixteen, signing onto a British whaling ship. He sailed for a year, and in San Francisco he was employed by the Spreckels Sugar Company. When the Spanish-American War (1898) erupted, Jack served as a cook while in the service.[2]

After the Spanish-American War, Bartels sailed aboard a sealing ship bound for Alaska. After arriving at Unga, he left the ship to sign onto a herring boat. He eventually wound up at Tyonek and was operating a boat named the Lina K on Cook Inlet and the Susitna River. It was at Susitna station that he met Tom Odale. According to Odale, Bartels was interested in purchasing the Swan, which was owned by Bill Murphy, and at the time both Murphy and Bartels were kept busy taking passengers down the Susitna River to Tyonek.

Bartels' boat, the Lina K, was the only boat on Cook Inlet operating on kerosene rather than gasoline. A story exists that the boat had a regular gasoline engine, but once that engine got hot it would operate on kerosene. At that time gasoline was in short supply, whereas kerosene was not. So these resourceful pioneers regularly adapted their needs to what was most cost effective and available.

Bartels and Tom Odale met again in Tyonek, and Odale struck a deal to buy the Swan from Bill Murphy. It was the first of November, and the ice was forming when they headed to Seldovia for the winter. With no charts, they were fortunate to catch sight of the steamer Bertha, and followed her into Seldovia. Bartels returned to Tyonek where he either built a boat named the Sea Lion or renamed the Lina K. He operated on Cook Inlet under a mail contract serving Hope, Sunrise, Knik and Susitna Station. He eventually sold his boat to Nick Gaikema who was operating out of Knik. Bartels then moved to Knik where he homesteaded two hundred fifty acres.

In 1923, the Bartels family moved to Anchorage where they bought a home located on Eighth Avenue and I Street. After operating cannery tenders for a number of years with Far West Cannery, H.J. Emard, and Al Jones’ Kustatan Packing Company, he decided it was time to retire. He was a member of the Pioneers of Alaska, Igloo 15, Anchorage.  He was the Elks Anchorage Lodge, No. 1351, secretary in 1933. He was also a member of the Alaska Territorial Guard.

The so-called Community Building, built as a studio for Austin E. "Cap" Lathrop's film Chechakos, was by the mid-1930s the city-owned multi-purpose building. The Pioneers of Alaska, Igloo 15, had owned the Community Hall (Lot 2, Block 28),[3] which also served as the local gymnasium. It was located across the street from where the former Elks Anchorage Lodge, No. 1351, Building (717 West Third Avenue)[4] presently stands. Bartels volunteered as caretaker for fifty dollars per month. He became a father figure to the youth of the community, as all indoor athletics took place in the Community Building. Students who played basketball knew him as the custodian, and he was available every day of the week to open the gym to any of them. In this capacity, he served as a friend and councilor to Anchorage’s young people. 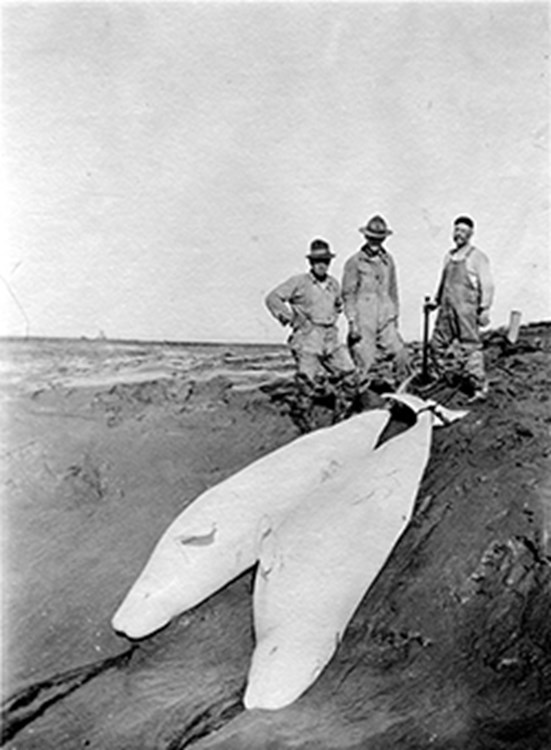 [4] The former Elks Lodge building was built in 1918. In 2003, the building was purchased by Gary Klopfer and opened as Snow Goose Restaurant along with Sleeping Lady Brewery. Dawnell Smith, “A Fattened Goose is a Happy Goose,” Anchorage Daily News, March 21, 2003, H-15.