The lure of gold brought many to the upper Cook Inlet area, some of whom moved to Anchorage. Brothers Eugene and William "Byron" Bartholf[1], members of a New York and Colorado mining family, arrived in Knik in 1906 bent on prospecting for gold in the Willow Creek mining district. Their search for gold paid off in 1907 when, high on the side of Bullion Mountain overlooking Craigie Creek, they struck the lode. This was not the first discovery, as Robert Hatcher had made his discovery in 1906. However, the Bartholf discovery was the first one to be developed.[2]

Eugen and William "Byron" Bartholf returned to Seattle, telling of their discovery to relatives and friends. The rich vein of ore supposedly encircled the entire mountain. The following spring the two brothers returned with horses and equipment and started developing Gold Bullion No. 1 Claim. They hauled ore down the mountain in one hundred-pound sacks, stockpiling it at the base of the mountain. The sacks were then loaded on packhorses and taken to tidewater at Knik. From Knik the ore was loaded aboard small boats and taken across the inlet to Ship Creek to be loaded on sea going vessels and taken "Outside."[3]

In 1910, William "Byron" Bartholf's family arrived in Knik. The children were promptly enrolled in the first school in Knik, and son John joined his father in the mining business.

When sons Chester and Ralph Bartholf were about sixteen years old, they were out ptarmigan hunting and doing a little prospecting as well. After they had shot a few ptarmigan, they noticed a hole where a "whistler" or marmot had a den. In front of the hole Chet found a large chunk of quartz. Picking it up, he shouted to Ralph, "I found gold and it is rich." He was right: it was rich. The family honored their lucky hunting expedition by calling this the Lucky Shot Mine.[5]

The Bartholf erected a mill, installed a tram, and went into full production. William, the younger son of William "Byron" Bartholf, while working a shift with his brother John, got his pant leg caught in the drive shaft and was almost dismembered. By the time they were able to get him off the mountain and down to Wasilla to catch a special train sent out from Anchorage, he had died. After this accident, the elder Bartholf sold the Lucky Shot Mine, even though some of the children wanted to keep it.[6]

In 1921 Charles and John Tyler, two of William "Bryon" Bartholf's sons by his second wife, arrived and discovered the Mabel Mine, which was named after John's daughter. They also discovered another prospect, which they named the Pearl after another daughter. The Pearl, however, did not pan out, although the Mabel became a producer.

The second generation Bartholfs, Charles and John Tyler, remained in Alaska. Charles is listed in the 1930 U.S. Census for the Willow Creek mining district as being a mining superintendent. His son Richard, fifteen, lived with him. However, William "Byron" Bartholf and his son, Chester, moved to the west coast in 1918. Chester returned in 1919, in 1923, and again in 1975 for the last time. The Bartholf family left their mark in the annals of the Alaska mining industry and, in particular, the Willow Creek mining district. The family tree is a book in itself as there are dozens of great grandchildren, grandchildren, cousins, nieces and nephews living all over the United States.[7]

In 1915, a Bartholf bakery was operating in Anchorage and in 1916 and 1917 a Bartholf operated a lumber yard in Anchorage; and another Bartholf operated a leather and bridle shop. All of these are members of the same family. William, Jr., who was killed in the Lucky Strike Mine, is buried in the Anchorage Memorial Park Cemetery.[8] William "Byron" Bartholf died in April 1939 and is buried in Klamath Falls, Oregon. Son Chester died in 1999 and is buried in Chico, California, as is daughter Mabel, who died in 1994.[9] 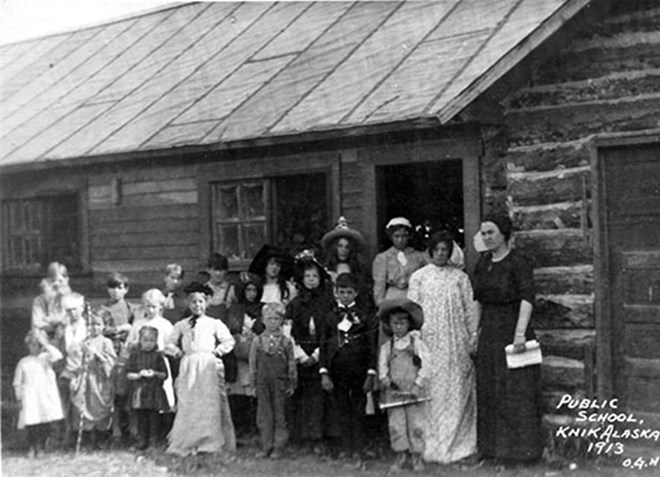 The first school in Knik, 1913. Five of the children pictured here were Bartholf children - Marjorie, Pearl, Chester, Ralph and Edith. May Cody was the teacher. 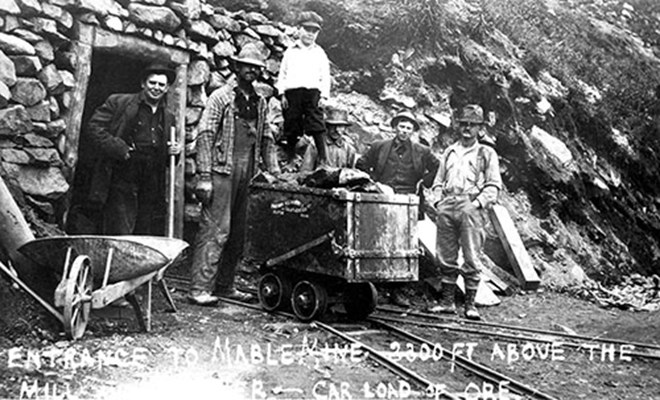 In 1921 Charles and John Tyler, two of William "Byron" Bartholf's sons, discovered gold-bearing quartz at the site of what became one of the family mines, the Mabel Mine. 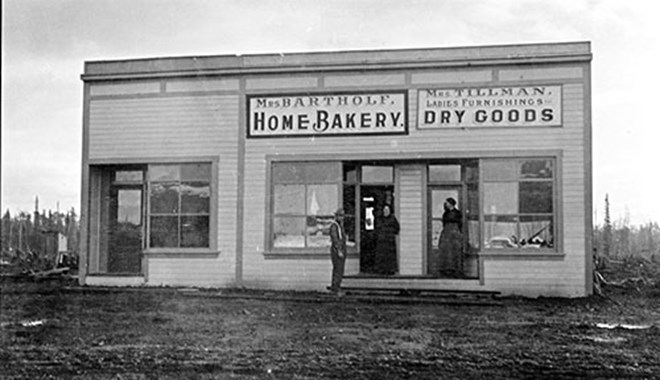 In 1915, a Bartholf bakery was operating in the Anchorage townsite on Fifth Avenue between C & D Street on the south side. 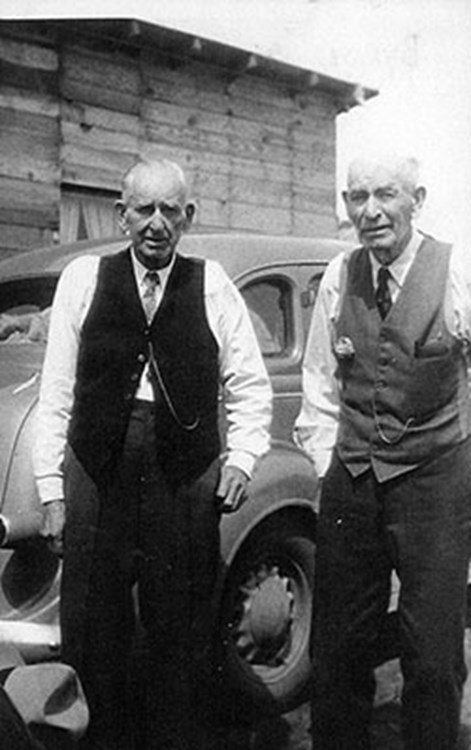 Courtesy of the Bartholf family. 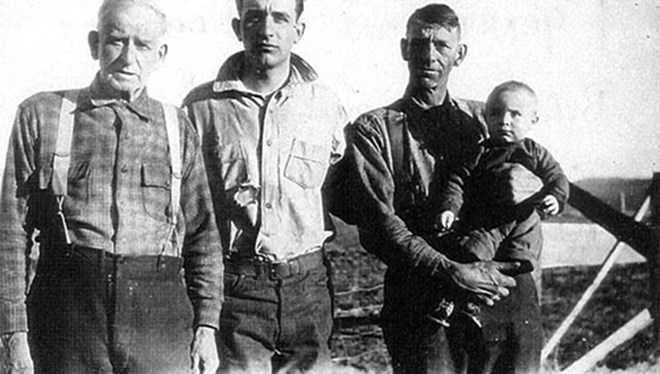 Courtesy of the Bartholf family