Isidore "Ike" Bayles was a Jewish immigrant who became an active Anchorage businessman and high-profile figure in Anchorage's early years. He is considered one of the founders of Anchorage, and was instrumental in the incorporation of the City of Anchorage on November 23, 1920. He was a member of the first Anchorage City Council in 1920 and served a total of eight terms in office. The ceremonial start of the annual Iditarod Sled Trail Dog Race begins in front of the location of his former clothing store, I. Bayles Clothiers, at the corner of Fourth and D Streets in downtown Anchorage.  He was widely recognized for his commitment to the welfare of Anchorage's residents and the community benefitted from his talents.

One of the first to arrive at Ship Creek in early 1915 was Isidore "Ike" Bayles.[1] Immediately on arrival, the former Klondiker pitched his tent and started business as a haberdasher while waiting for his store building to be built on his new lot. He purchased Block 25, Lot 12, located on the northwest corner of 4th Avenue and D Streets, from C.R. Dodge for $1,000. Bayles, together in partnership with Nathan N. Jaffe, opened their men’s clothing store known as I. Bayles Clothiers, at 401 Fourth Avenue. In advertising of the day in the Anchorage Daily Times, the store was sometimes called Jaffe & Bayles. He eventually bought out Jaffe’s share of the business. The business was located next door to Bayles’s lifelong friend from the Iditarod country, Z.J. "Zach" Loussac, who operated one of his two drug and sundry stores at 403 Fourth Avenue.[2]

Bayles was born in the small Jewish village of Lilbau, Courland, Lithuania, on February 20, 1876. He immigrated to the United States at the age of twenty-three and after one year joined the gold rush to the Klondike in 1898. He opened his first clothing store in Dawson, which remained in operation until business slowed down in 1903. He filed his declaration of intention to become a naturalized U.S. citizen in July 1904. Around 1905, he then moved on to Fairbanks.[3]

While living in Fairbanks, Bayles made a trip to New York in 1909, where he met and married seventeen-year old Beatrice Swartz. On the couple's return trip to Fairbanks, they came through Valdez traveling overland in winter in a horse-drawn double-ender run by Bill Taylor. Taylor later owned the Reliance Grocery across the street from Bayles's store in Anchorage. Their first daughter, Edith, was born in Fairbanks in 1911; a second daughter, Dorothy Progress, was born the following year. When the Iditarod gold rush began in 1910, he joined that stampede and maintained a store there until he moved to Cook Inlet in 1915 with his family.

Bayles readily established himself as an honest and fair businessman. When the first city election was held in 1920, he was elected to the Anchorage City Council and appointed to the Finance Committee, holding the position of chairman. He served eight terms in office (1920-1924, 1927-1928, and 1933-1936),[4] and kept the city on a solid fiscal foundation as his financial policies kept the town solvent. Despite the demands of his business, Bayles was active in public service in addition to his council responsibilities. He was president of the Anchorage School Board from 1919-1920[5] and also served as chairman of the Anchorage Fourth of July celebrations for twenty years.

In 1925, he began investing in the Anchorage Daily Times. He served as president of the Anchorage Times Publishing Company from 1935 until his retirement in 1950.

In 1925, Beatrice Bayles moved to Seattle, Washington, where their two daughters, Edith and Dorothy, attended school. After the girls finished school she moved to Los Angeles with her daughter Edith and resided there until her death in 1946.

Bayles sold his store to his faithful employee of fifteen years, Gene Smith, in 1950 and retired to live with his daughter, Dorothy, in San Francisco, California. He died on May 31, 1956 in San Francisco from cirrhosis of the liver and heart failure. He is buried in the Mt. Zion Cemetery in Colma, California.[6] 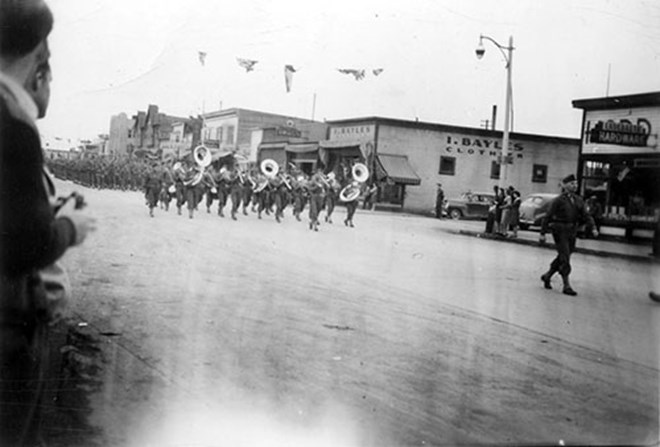 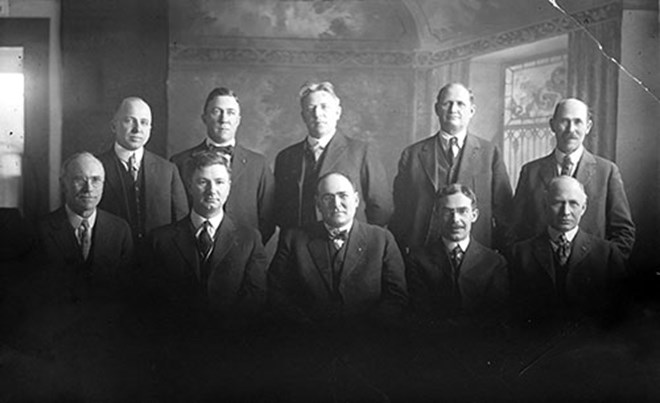