Peter J. Cavanaugh was born in Dubuque, Iowa in 1875. At the age of twenty-two, he joined the Klondike gold rush in 1898 and then went to Nome in 1899, where he met and married Agnes Jean Ross.

Agnes Jean Ross was born in Mount Pleasant, Pennsylvania in 1887, the daughter of Luther Ross and Marion Powell Ross. She had come to Nome in 1900 with her parents, who operated the Green Tree Hotel, a small hotel and grocery store in the town.[1] Peter and Agnes Cavanaugh were married in 1908, and moved south to the Pacific Northwest.

In the spring of 1915, the Cavanaughs again heard the call of the North, and this time it took them to Sunrise (near Hope) on Turnagain Arm at the time the first town lots were being laid out in Anchorage.  Cavanaugh, a driller, did some work in the Crow Creek mining area before moving to Anchorage.

In 1915, the Cavanaughs arrived in Anchorage at a time when more than two thousand settlers were living at “Tent City,” the name given to the squatters' settlement of tents and temporary buildings that was formed at Ship Creek in March 1915. This temporary settlement was located mainly on the north side of the banks of Ship Creek, and was later described as a collection of “ragged, unsanitary tents, and temporary wooden buildings.”[2]

On April 10, 1915, a public announcement had been issued in Washington, D.C., by U.S. Secretary of the Interior Franklin K. Lane, that Anchorage at Ship Creek would be the field headquarters for construction of the Alaska Railroad. This announcement set off the largest land rush that had occurred at Ship Creek, with more than two thousand stampeders arriving in the area. The U.S. General Land Office, which had authority to dispose of the land around Ship Creek, quickly had the area that became Anchorage surveyed, cleared, platted and then auctioned off, and people moved off the flats so that construction on the Alaska Railroad could begin. In 1909, the landing at Ship Creek had been included within the boundaries of Chugach National Forest. The first auction of the original Anchorage townsite was held on July 10, 1915, with a frenzied crowd estimated from one thousand to three thousand in attendance, with 655 lots sold for approximately $150,000.[3]

Cavanaugh purchased a lot in the second town lot sale on the Anchorage townsite. The lot was located on Second Avenue, just east of C Street.[4] The family lived in a tent while Cavanaugh built a log cabin home, which was finished in March 1916. He worked as a construction foreman for the Alaskan Engineering Commission (AEC), the temporary federal agency in charge of building the Alaska Railroad. He worked with crews building the Eska, Gold Creek, Hurricane Gulch and Nenana bridges. After the Alaska Railroad was completed in 1923, he continued working for the railroad in the maintenance shop until 1936, when he retired with a pension of $109 monthly.[5]

After their retirement, the Cavanaughs moved to Washington State, where Peter Cavanaugh died in 1940.  After her husband's death, Agnes Cavanaugh returned to Anchorage. 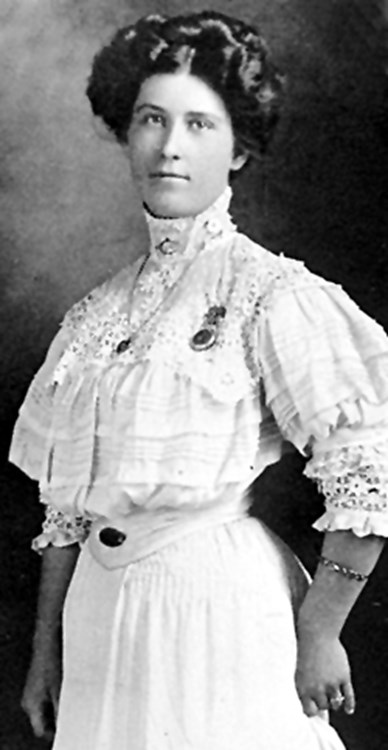 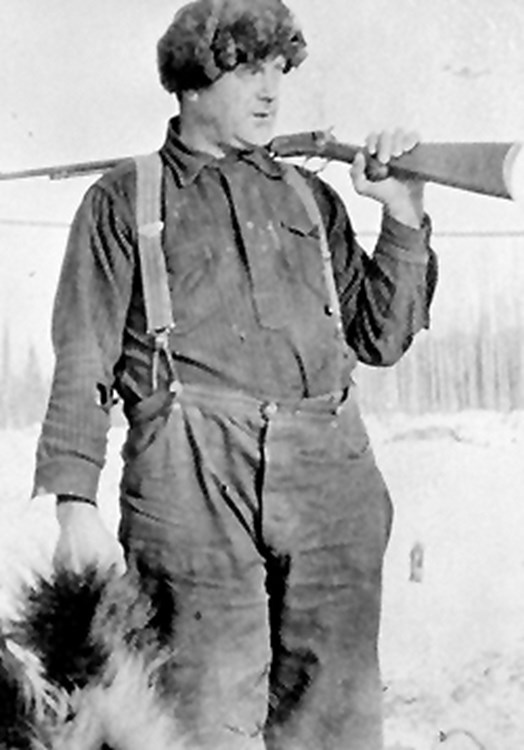 Peter Cavanaugh during construction of the Alaska Railroad, 1920. 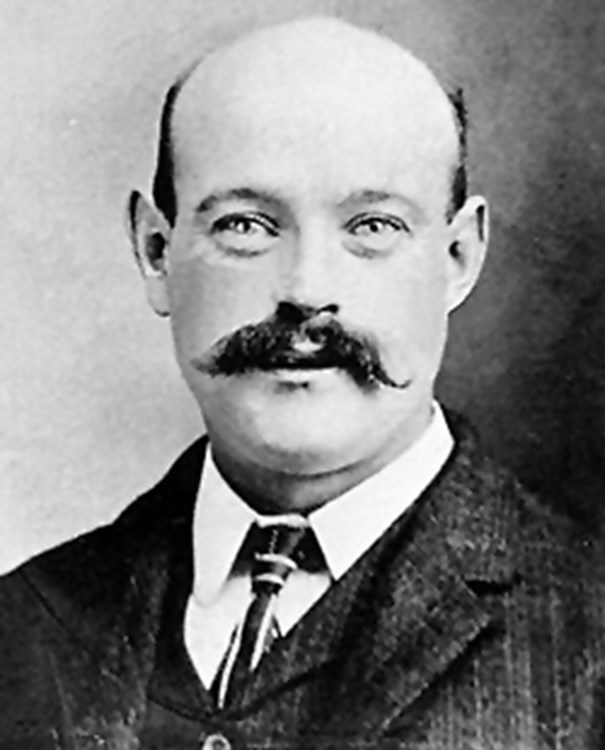 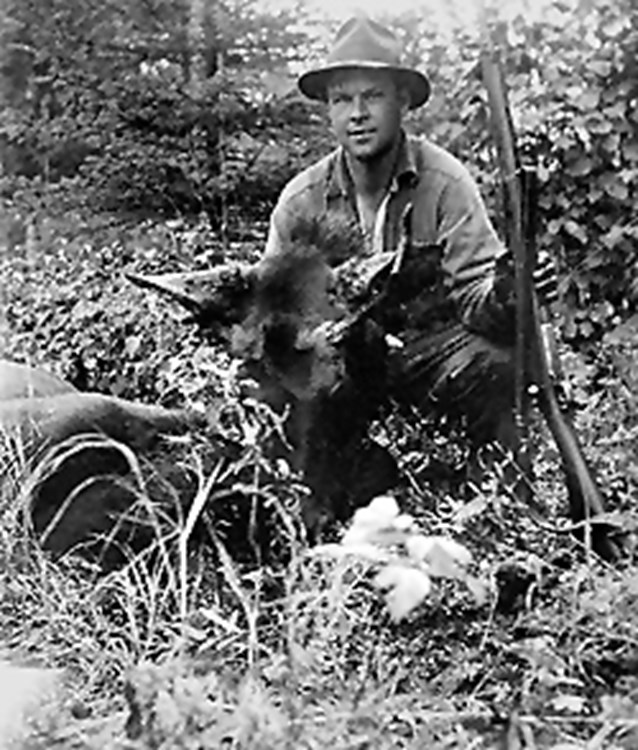 Emmett Cavanaugh with his first moose, 1940. 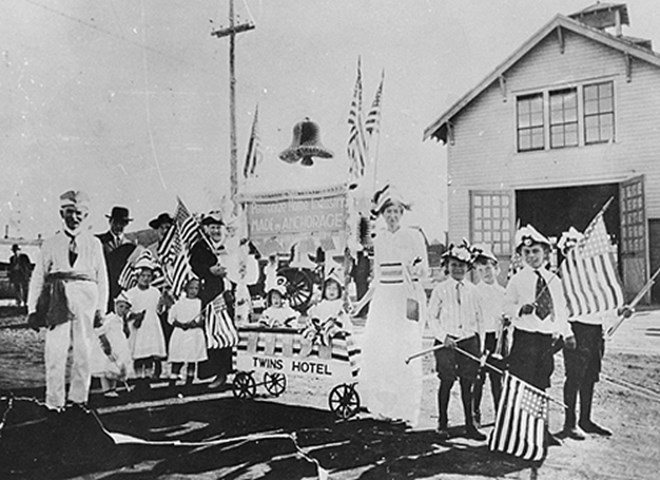 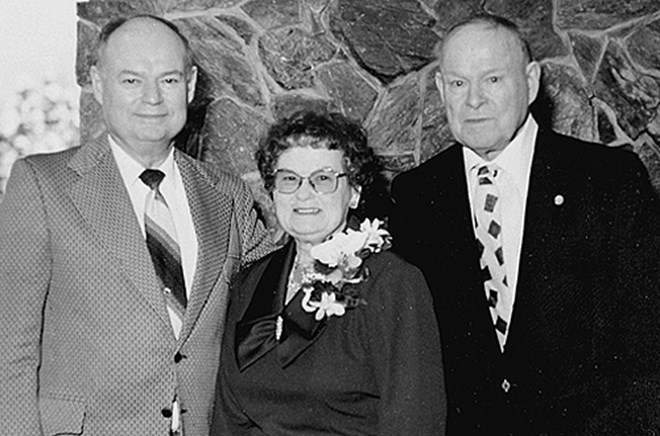 [2] Alfred Mongan, An Evaluation of “Anchorage Cultural Historic District: A Proposal” to Determine Eligibility for the National Register of Historic Places (Anchorage: Office of History and Archaeology, Division of Parks, Alaska Department of Natural Resources, 1974): Historical Background, item no. 8, page 8.

[3] Alfred Mongan, An Evaluation of “Anchorage Cultural Historic District: A Proposal” to Determine Eligibility for the National Register of Historic Places: Historical Background, item no. 8, pages 7-9; and Michael Carberry and Donna Lane, Patterns of the Past: An Inventory of Anchorage’s Historic Resources (Anchorage: Community Planning Department, Municipality of Anchorage, 1986): 6-7.