Henry Joseph Emard was a noted Alaska salmon canner and pioneer in the salmon canning business. For thirty-five years, Emard operated the Emard Packing Company, with a plant in Anchorage. Emard played a leading role in the fisheries of Cook Inlet, with particular attention to the special qualities of Cook Inlet Red and King salmon.1

Emard was born in Somerset, Wisconsin on September 27, 1884 to French Canadian immigrant parents, Nopoleon Adolphe Emard and Emellia Georgianna Emard.2 Little is known about his life in Wisconsin. According to the 1905 Wisconsin State Census, he worked as a “telephone man.”3

Emard first came to Alaska as a young man in 1911 and lived or temporarily stayed in Ruby, Juneau, and Fairbanks. For a period of time, he lived in Ruby. He was an engineer in Juneau, possibly at the Alaska Juneau Gold Mining Company (A.J.).4   In 1911, Emard briefly owned, then sold, a lot in Fairbanks.5

In 1915, Emard settled in Anchorage where he worked as manager for the Anchorage Telephone Company. On June 5, 1915, the Cook Inlet Pioneer and Knik News reported that he had arrived at the new Anchorage townsite with enough telephone equipment to build the first telephone system.6   He shipped in telephone equipment contracted on credit, acting on the assumption that he could install it because “he possessed the qualifications most important in an Alaskan camp—he was first on the ground with the necessary supplies.”7 Characterizing Emard as a stampeder, the Alaskan Engineering Commission (AEC) refused him permission to string his wire and, to relieve an embarrassing situation, purchased all his equipment. On October 4, 1915, the AEC assumed responsibility for installing the first telephone system. Emard and another man named Lynch had formed a real estate company by November 1917 although nothing seems to have come of it. By 1918, Emard was working as a self-employed insurance agent.8

By 1918, Emard had met Loretta Granahan Emard, probably in Anchorage, and they were married in Alaska.  In fall 1918 the Emards were part of an American Red Cross and Alaska Railroad sponsored group that went into Susitna area to help the Dena’ina Indians suffering from the deadly Spanish influenza. Loretta came to Alaska with her aunt, Katherine Kane, who was a U.S. Bureau of Education teacher in various Native villages in Alaska.  One of Emard’s fleet of fish tenders was later named the Katherine Kane.

By 1920, Emard’s interest had turned to the fish cannery business. On October 27, 1920, Emard advertised in the Anchorage Daily Times that he was selling canned King and Silver salmon from the Moose Point cannery, located in Lower Cook Inlet, directly to consumers in Anchorage by the case and half-case. In 1921, the Pacific Fisherman’s Yearbook indicated that Emard had put up forty barrels of salted salmon, or about ten tons.9

During the 1922 season, Emard put up 3,200 pounds of mild cured salmon at the Moose Point cannery, the smallest such operation in Alaska.10 The Pacific Fisherman reported that Emard: “has a small canning outfit as well as a saltery plant, [and] has built up a nice business in salt, smoked, kippered and canned salmon at Anchorage and points along the railroad.” 11 The following year, Emard produced nearly 1,500 cases of salmon, overwhelmingly Sockeye with a small run of King salmon.12

In 1928, Emard sold his holdings at Moose Point to the Gorman Packing Company and opened his own one-line cannery at Anchorage, the Emard Packing Company, at the mouth of Ship Creek. The Anchorage Daily Times reported: “The cannery is said to be the most modern in the territory, equipped with the latest canning machinery and so constructed that the plant is almost automatic in its operation, capable of large output with a minimum amount of labor.”17 The plant was noted at the time of its construction for having rail connections with the Alaska Railroad. Later, the Pacific Fisherman praised Emard and his long-time superintendent, S.T. Olson, for successfully solving the operational problems imposed by the “extraordinary tides of Cook Inlet at Anchorage.”18

The Emard Packing Company cannery in Anchorage operated from about May 25 to late August each year, packing King, Sockeye, and Coho salmon. The 1936 pack of nearly 60,000 cases of canned salmon set an all-time record up to that point of its operations, surpassing the previous record of 42,000 cases in 1934.19

In addition to running a large cannery, Emard had three tenders operating in Cook Inlet and owned five fish traps and leased four others. The Go Get and the Howard D were his first two tenders. He owned four boats that hauled fish to his cannery or took the finished product to Seattle. The North Cape, the Henry J, and the Giant II were his first boats. During the summer of 1936, Emard had about 125 men fishing and operating his boats in Cook Inlet. There were about ninety persons who worked in his canneries, many of them local residents. Emard contributed to the local Anchorage economy and its youth each summer season by hiring high school students, many of whom were working their way through college. Emard operated his fishing and canning enterprises until well after World War II. After World War II he purchased the Smith, a surplus World War I era U.S. Navy submarine chaser, to haul supplies and canned fish back and forth from Seattle. 20

Besides his salmon interests, Emard was moderately active in civic affairs. He was a charter member of the Anchorage Elks. He was a director of what was then the First National Bank of Anchorage, later the First National Bank Alaska. He was also a major stockholder and director of the First Bank of Cordova. Emard was a strong supporter of Father John Buchanan, S.J., who developed the Copper River School—a college prep school for the training of Alaska Natives in leadership roles, which operated near Glennallen from 1956 until its closure in 1971.21

In about 1936, Emard had a residence in Seattle, Washington. Emard spent his summers in Anchorage, fall in Seattle, and the winter in Palm Springs, California.22 In 1941, he bought an imposing house at 1205 22nd Avenue which served as his Seattle home. 23

Dan Cuddy, president of First National Bank Alaska, reminisced for the Alaska Journal of Commerce that his first job, which paid $0.15 an hour, was working at Emard’s cannery in Anchorage in 1938 when he was seventeen. Cuddy said Emard was one of the men who most influenced him. At the time of Emard’s death, Cuddy told the Anchorage Daily Times, that Emard “probably provided a payroll for the City of Anchorage longer than any other private business.”24 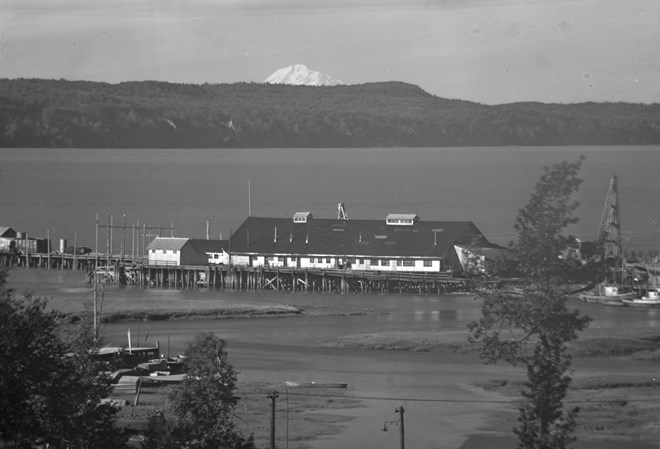 A view of the Emard Cannery along the Anchorage dock, ca. 1940. Mount McKinley (now Denali) looms on the horizon. 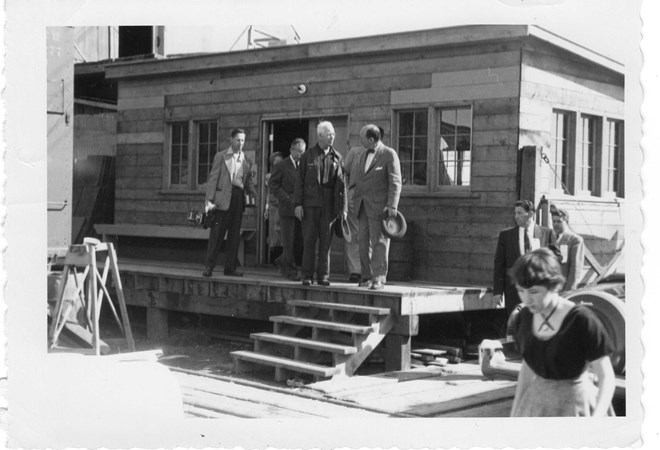 Henry Emard with Adlai Stevenson, who toured Alaska during one of his presidential campaigns. 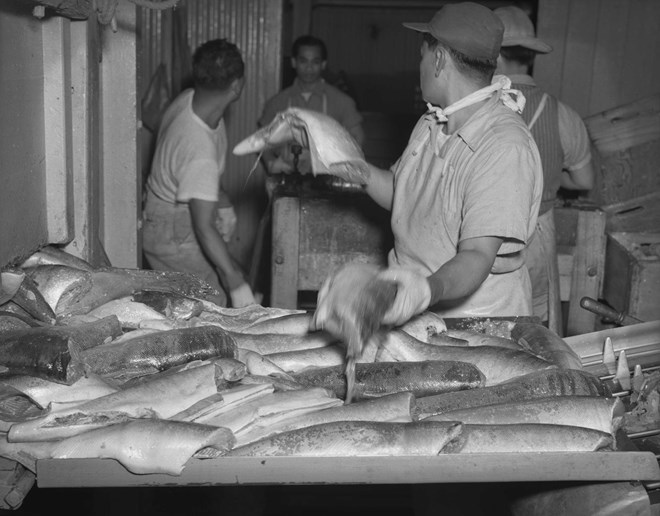 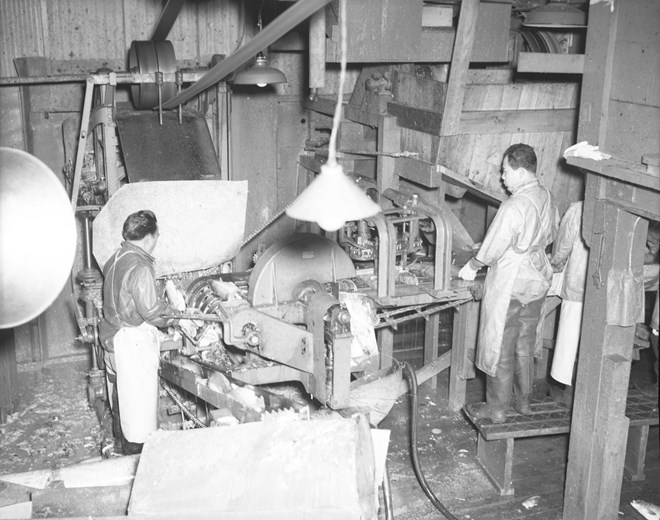 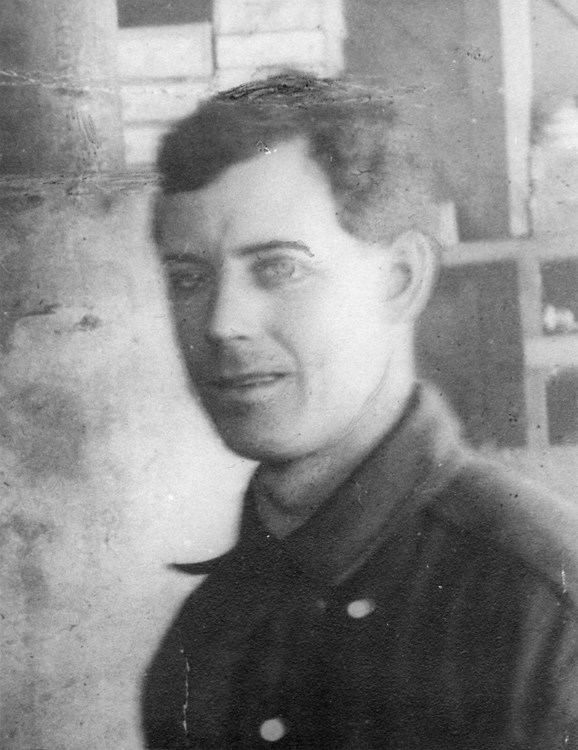 A younger Henry Emard, possibly from the period when he first came to Anchorage to install and run a telephone system in 1915. 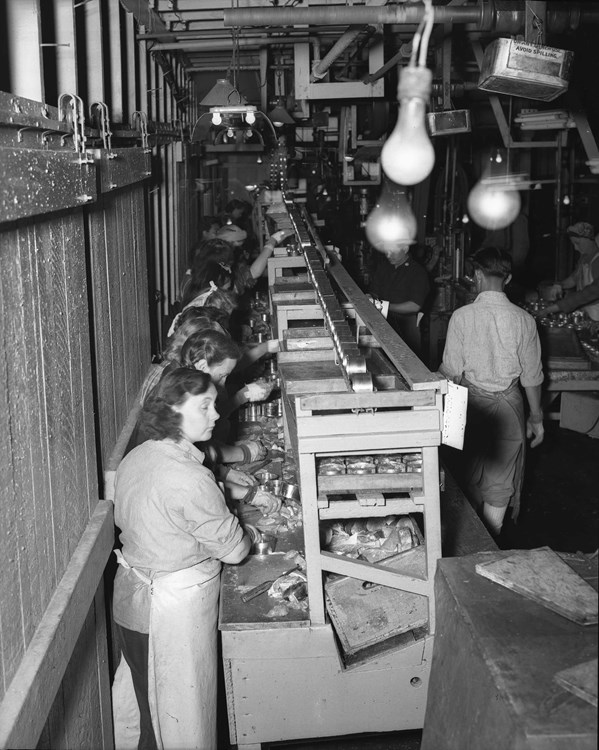 A view of the interior of the Emard Cannery showing women packing salmon into cans. The Emard cannery was the largest private employer in Anchorage and was vital to the Anchorage economy during the Depression. 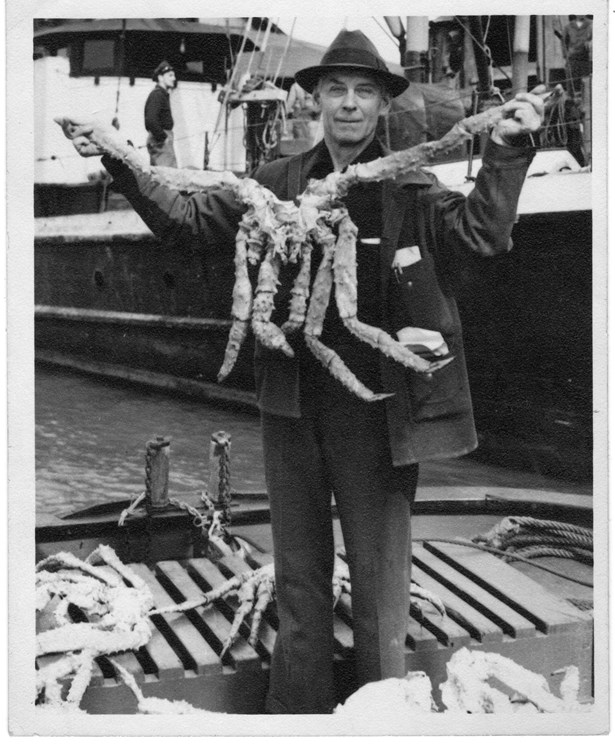 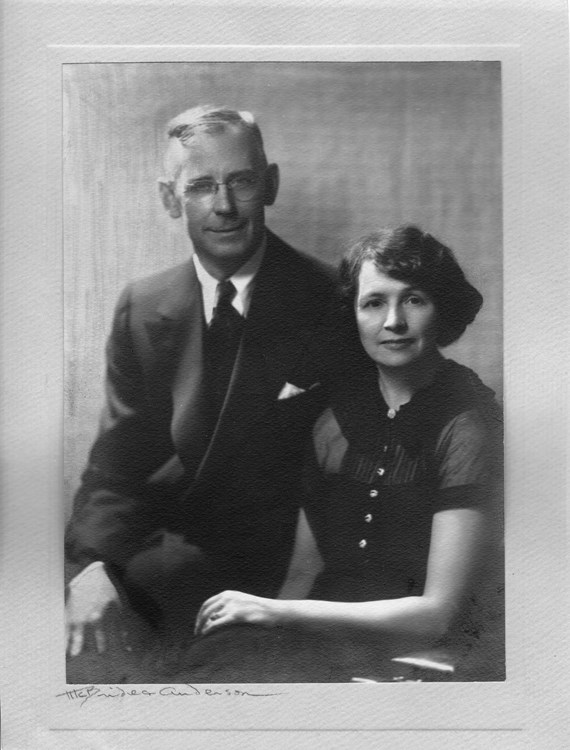