Carl Lottsfeldt Sr. served two terms in the Alaska House of Representatives (1963-1967). He was known for his efforts on behalf of the Pioneers' Homes in Alaska and lobbied long and hard for their establishment.

A well-known Alaska politician and businessman, Carl Fredrik Lottsfeldt was born in San Francisco, California on May 28, 1898, the son of Swedish immigrants Johan Fredrik and Signe Kinander Lottsfeldt. He grew up in Seattle, Washington, and graduated from Franklin High School.[1]

Lottsfeldt’s life in Alaska spanned more than fifty years. He first arrived in Alaska in 1919 and worked in a local salmon cannery in Cordova until 1921. He joined the Alaska Road Commission in 1921, where he worked for fourteen years, five of them as a superintendent, on supervising the building of the first bush airfields in McGrath, Takotna, Ophir, and Flat.[2] He lived mainly in Anchorage starting in 1921.

Lottsfeldt met Sophia Anderson of Douglas, in Juneau, in 1928. They were married in Juneau on March 11, 1929. Sophia was born in Douglas, Alaska in 1907 and spent her early life in southeast Alaska. She was a graduate registered nurse and worked in the Juneau hospital as well as in Anchorage. She also operated a health store in Anchorage for a number of years.[3]

Following and interspersed with his employment with the Alaska Road Commission, Lottsfeldt was chief clerk for four years at Mount McKinley National Park. He also served as an administrator for the Civil Works Administration at Lynn Canal. During the 1940s, he was the proprietor of the Ophir trading post, and served as the U.S. postmaster in Ophir in 1947. Later, he was the state baseball commissioner for the National Baseball Congress.[4]

When Lottsfeldt retired from federal civil service, he went into private business, selling heavy equipment and mining machinery.  He operated Lottsfeldt Equipment Company, a heavy equipment rental and sales firm, until his retirement in 1972.

Lottsfeldt was a well-known Alaska legislator. He served two terms as a member of the Alaska House of Representatives, 3rd and 4th Alaska Legislatures, representing House District 8 (Anchorage) from 1963 to 1967.[5]  In the November 5, 1968 general election, he narrowly lost a bid for a third term, losing by 67 votes to John Schwamm, who polled 12,881 votes to 12,814 for Lottsfeldt.[6]

Lottsfeldt was running for the Alaska Senate when he died on August 20, 1976, after suffering a heart attack in the living room of his apartment in Anchorage. His death came four days before voters in Alaska Senate District E (Downtown Anchorage) were to choose between him and incumbent State Senator Genie Chance in the Democratic primary. He lost in earlier bids for the Alaska Senate in 1966 and the House of Representatives in 1972.  In 1968, he was the general chairman in the Anchorage area of U.S. Senator Ernest Grueing's unsuccessful re-election campaign.  Gruening was defeated for re-election in the Democratic primary by Mike Gravel.[7]

In 1960, he was the past grand president of the Pioneers of Alaska. He was a member of the Masons, Shrine, Elks, and the American Legion. He served in the U.S. Army during World War I.

Lottsfeldt and his wife, Sophie, reigned as king and queen regents of the 1968 Fur Rendezvous festival in Anchorage.  She served as president of the Pioneers of Alaska, Auxiliary 4, in Anchorage.[8]

Carl and Sophia Lottsfeldt had two children: daughter Frances Marie Lottsfeldt Leon (born in 1929) and son Carl F. Jr. (known as "Buzz"), who was born in 1931.

Sophia Anderson Lottsfeldt died in 1975, a year preceding her husband's death.  Carl, Jr. died in 1997, and his sister, Frances died in 2000. All are buried in the Pioneer Section of the Anchorage Memorial Park Cemetery. 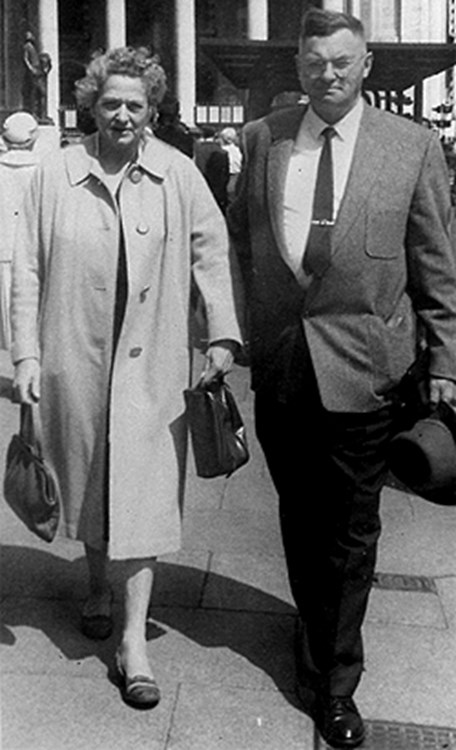 Sophia and Carl Lottsfeldt in 1959, while on a trip they had won to Europe. 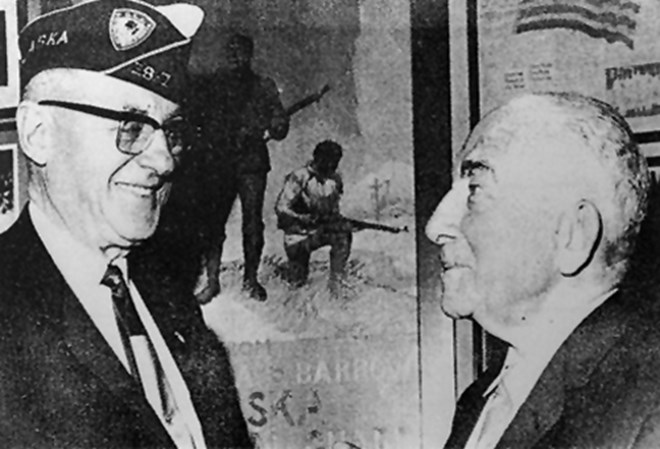 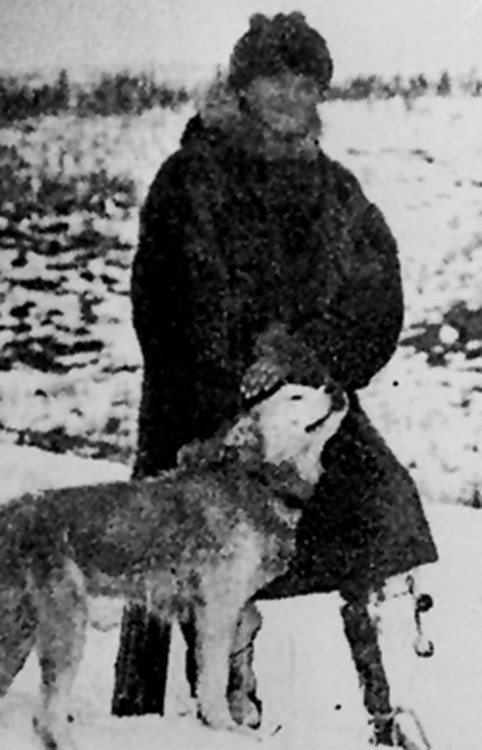 Courtesy of the Lottsfeldt family 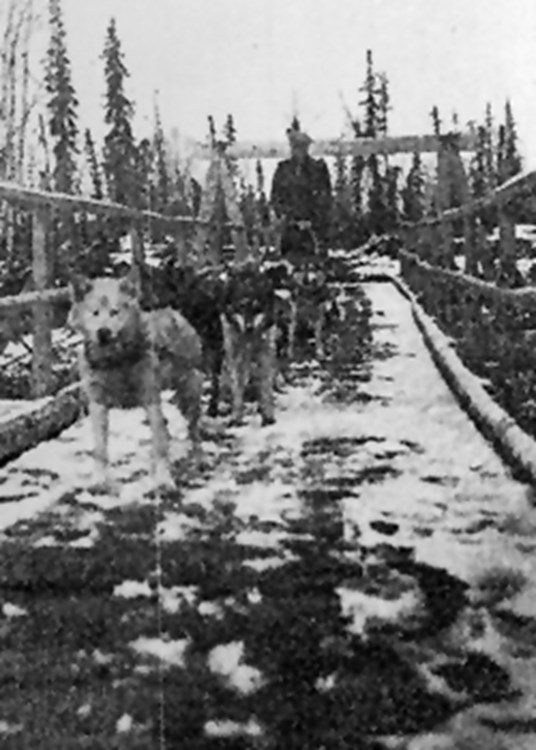 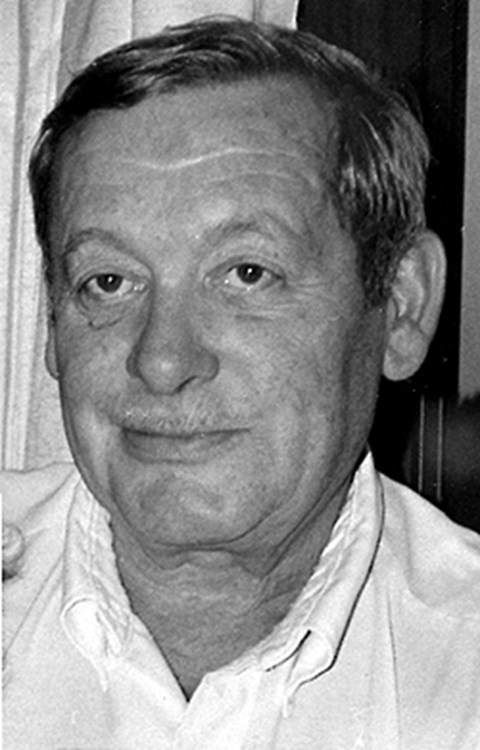 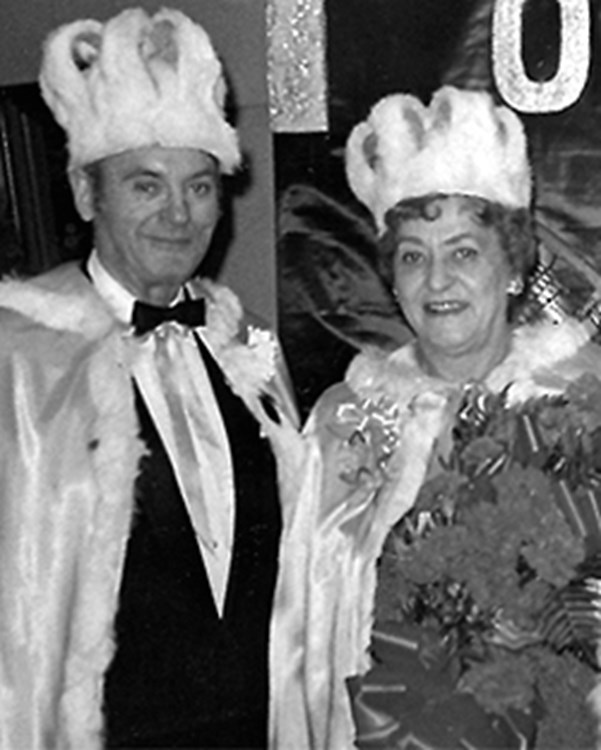