Edward "Ed" McElligott was an early Anchorage businessman who founded Anchorage Grocery (4th Avenue and H Street) with his wife, Esther. They operated their grocery business for twenty-six years and then sold out and invested in an Automotive Parts and Equipment Company, which became the largest distributor of auto parts in Alaska, and other ventures.

Edward R. McElligott was born in Brooklyn, Queens County, New York on June 18, 1907, to Edward and Jane McElligott. He lived in Brooklyn until the age of eleven, when his family moved to Portland, Oregon and, later, to Grants Pass, Oregon, where he attended high school. He also attended Benke-Walker Business College in Portland for two years, taking night classes while working days at a pharmacy.[1]

Looking for adventure, McElligott became a seaman for the Luckenback Steamship Company, working his way up to quartermaster. During his two years at sea, he went several times around the world.

In early spring 1929, McElligott and two shipmates followed rumors that there was work on the Alaska Railroad. They traveled steerage on the steamer Yukon and arrived in Anchorage on April 25, 1929, with little money. He was hired on May 4, 1929 by the Alaska Railroad to work in the yard loading cars. He also worked taking tickets at the Empress Theatre.[2] He left the railroad after one year to join W. J. Boudreau Company, a wholesale grocer, where he received a good background in the grocery business.

On July 31, 1931, McElligott married Esther Alberta Olund, a graduate nurse who arrived in Anchorage on July 25, 1930 with a one-year contract from the U.S. Department of the Interior to be one of the nurses staffing the twenty-bed Alaska Railroad Hospital, working with physicians Joseph H. Romig and August Walkowski. She was born in Manchester, Washington on March 31, 1907. She graduated as valedictorian from South Kitsap Union High School in Port Orchard, Oregon, and attended Swedish Hospital School of Nursing in Seattle, Washington.[3] During the 1920s, married women were not permitted to continue working, and she left nursing to raise a family. After her marriage, she only worked for a short time as a private duty nurse for a few special cases.[4]

McElligott wanted to have his own business and, in December 1934, the couple pooled their savings to open Anchorage Grocery, located on the corner of 4th Avenue and H Street in Anchorage. They operated the store for twenty-six years at that location. They added a meat market in 1936.

In addition to Anchorage Grocery, the McElligotts were engaged in several other business ventures, including Automotive Parts and Equipment Company, Grocers Wholesale, and an insurance firm. In 1935, Edward McElligott became the wholesale agent for Olympia beer. He  sold out of the grocery business.

In May 1945, McElligott expanded into automobile parts by opening, with partners Ed Glover and Vance Bingham, the Automotive Parts and Equipment Company, at 4th Avenue and H Street. In 1951, they built a new building at 5th Avenue and Cordova Street. Their business evolved into APEC Distributors, Inc., which distributed automobile parts and accessories to seventeen stores around Alaska. In an oral history interview conducted in 1991, Esther McElligott, recounted that her husband “loved” the automobile parts business:

“He always . . . oh, he said he just loved the kind of work rather than the grocery business. He said there’s no tomato for them to pinch there. You know, produce was so hard to come by and people would come in and pick it up and fondle the tomatoes. But anyway, he loved that and had that for years.”[5]

McElligott was very active in civil affairs. He was a life member of the Pioneers of Alaska and the Elks Lodge. He served as president of the Anchorage Rotary Club in 1967, a director of the Anchorage Chamber of Commerce, and a member of the Boy Scout Council. From 1944 to 1948, he served on the board of directors of the Alaska Rural Rehabilitation Corporation (ARRC) in Palmer.[8]

McElligott’s wife, Esther, was one of the founders of Bishop's Attic (the local Catholic sponsored thrift shop) and served on its board of directors for more than twenty years. She was also a member of the board of directors that planned, started, and built the Anchorage Senior Center.[9] She was a life member of the Pioneers of Alaska’s Auxiliary 4, Woman’s Club, and the Mother’s Club of Anchorage.[10] 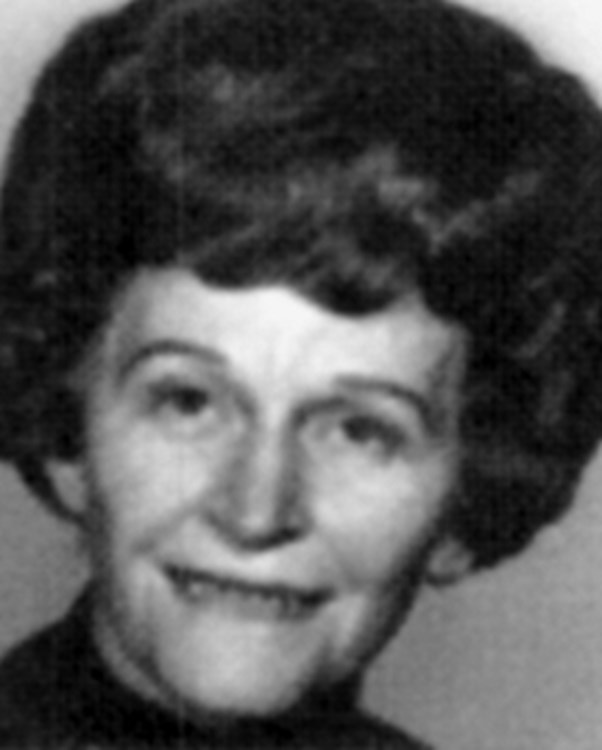 Courtesy of the McElligott family.