Werner Ohls and his wife, Ida Fisher Ohls, are recognized as two of the pioneer residents to homestead in the Anchorage area. They operated Ohls Dairy, a 160-acre dairy farm on land now occupied by Joint Base Elmendorf-Richardson, from 1924 to 1943.

Werner Andrew Sanfrid “A.S.” Ohls was born in Turku, Finland on September 14, 1892, the son of Andreas and Sophia Hosekelo Ohls. He immigrated from Antwerp, Belgium on August 10, 1910, arriving at the port of Baltimore, Maryland, on August 27, 1910 on the ship, Maryland.

After spending two years in Washington State, Ohls went to Nome, Alaska, in 1912.[1] He worked in the mines there and in Juneau before proceeding to Ruby. While there, he was known as the "Ruby Kid" for his dog-mushing prowess, and he participated in the Nome forty mile race.

In 1915, Ohls was hired by a wealthy Nome woman to take her to Seward. She had over $20,000 worth of gold to transport, which amounted to about one hundred pounds, and Ohls agreed to take her via dogsled. This was about a 2,000-mile trip due to the twists and turns of the trail; he succeeded in delivering his charge to Seward. He protected his load by hiding it in the bottom of the sled and surrounded the sled with his dogs each night.[2]

After the dogsled trip, Ohls spent a short period of time in Anchorage in 1915 working for the Alaskan Engineering Commission (AEC), the temporary federal agency in charge of construction of the Alaska Railroad. He enlisted in the U.S. Army for military duty during World War I on September 30, 1918, and was sent to Camp Lewis, Washington. After the armistice was declared on November 11, 1918, he was discharged on December 7, 1918.[3] On November 7, 1918, he was naturalized as an American citizen at the U.S. District Court, Western District of Washington, at Tacoma, with affidavits signed by two second lieutenants, Bert F. Eimiller and Roy H. Marshall, from the post.[4]

Ohls then moved to Hoquiam, Washington, where he met Ida Elizabeth Fisker, and the two were married on March 11, 1921 in Seattle.[5] Ida was born in Vaasa, Finland on August 1, 1893, the daughter of Herman Fisher and Sophia Burg Fisher. [6] She moved to the Washington area with her family a few years prior to meeting Werner. In 1921 the couple departed for Anchorage, where Werner again worked for the AEC. He also began acquiring cows to form a dairy herd.

In 1924, the Ohls family homesteaded on the 21 Mile Loop Road and started a dairy farm, Ohls Dairy. It was located just off the end of the east-west runway, now the location of Joint Base Elmendorf- Richardson. The whole family was involved in developing the dairy, and he delivered milk before and after his work at the Alaska Railroad. In the winter, he delivered by dogsled.

Under the Homestead Act of 1862, the federal government made free land in the western states or territories available to homesteaders willing to live on the land for five years, develop the land for agriculture, and build a suitable residence on the land. The law allowed anyone over the age of twenty-one, the head of the family, or a U.S. citizen (or having the intention of becoming a citizen) to homestead 160 acres or less of land in the public domain that was suitable for farming. After five years, if these requirements were met, the homesteader was given a patent or full ownership, to their parcel.[7]

The Homestead Act of Alaska of 1898 (30 Stat. 409) was passed by Congress to make it easier to encourage settlement and to develop the territory. The law allowed for up to 320-acre homesteads, but, in 1916, the maximum homestead size was reduced to 160 acres. In 1912, the law was amended to reduce the time necessary to receive a patent from five to three years, which was applied nationally. The law also stated that after the third year, one-eighth of the land had to be under cultivation and a suitable residence built. There was a diminished residency requirement to live on the land continually for at least fourteen months. Another option was for the homesteader to purchase the land by paying $1.25 per acre.[8]

Between 1914 and 1939, forty individuals filed for homestead applications on parcels of land that would later become part of Elmendorf Air Force Base (now Joint Base Elmendorf-Richardson) or be reserved for military use. Another eighteen individuals, who bought land parcels from the original homesteaders, also were associated with the federal government’s purchases of land. These land purchases began in 1927 and continued until 1942, when all of the land needed for military use had been bought.[9]

A well-known marathon runner in Anchorage, Ohls won the Fourth of July races for many years. He also ran the annual July 4 Mount Marathon race in Seward, finishing in second place twice. He retired from racing in 1939. He trained his oldest son Andrew as a marathoner during his high school years, but the advent of World War II put an end to this endeavor.

With the military establishment coming to Anchorage, the U.S. Army needed land and acquired almost all of the homestead property on Loop Road, including the Ohls Dairy. Ohls offered to give his land to the federal government for the duration of the war, but the government would not agree. Ohls was offered a settlement of $12,400 for the 160 acres.[10]

Werner was an active member of the American Legion, both in Anchorage and in Hoquiam, Washington. He was also a member of the Viking Club.

In 1942 after the sale of the dairy, Werner and Ida moved back to Hoquiam, Washington where they lived out their lives. Werner died on September 2, 1973. Ida Fisher Ohls died on April 11, 1975 in Bothell, Washington, where she had been in an assisted living facility since the death of her husband.[11] They are both buried at Sunset Memorial Park in Hoquiam, Grays Harbor County, Washington.[12] They were survived by their three sons: Andy, of Anchorage; Victor, of Woodinville, Washington; and Karl, of Mountain View, California; and a daughter, Ellen Werner Harvey, of Bothell, Washington. 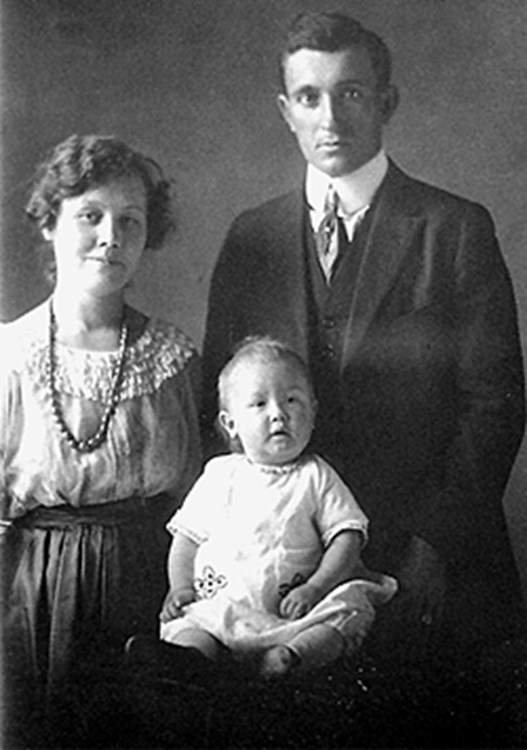 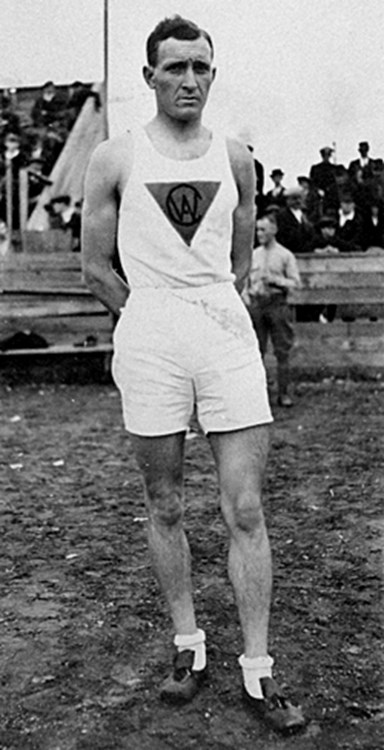 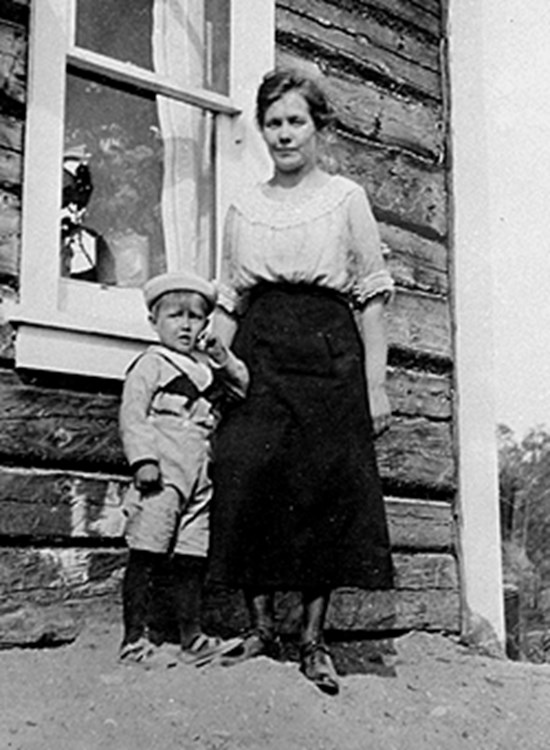 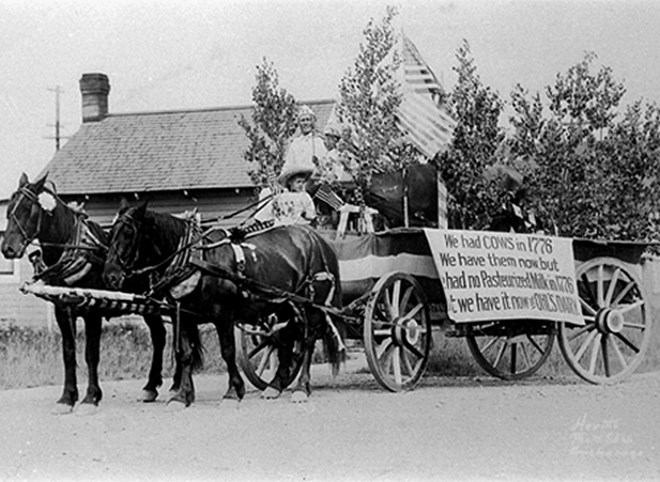 The Ohls Dairy float in the Anchorage Fourth of July parade, 1929. 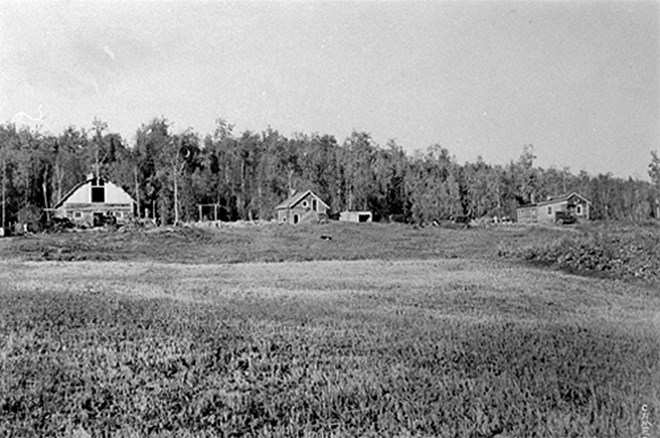 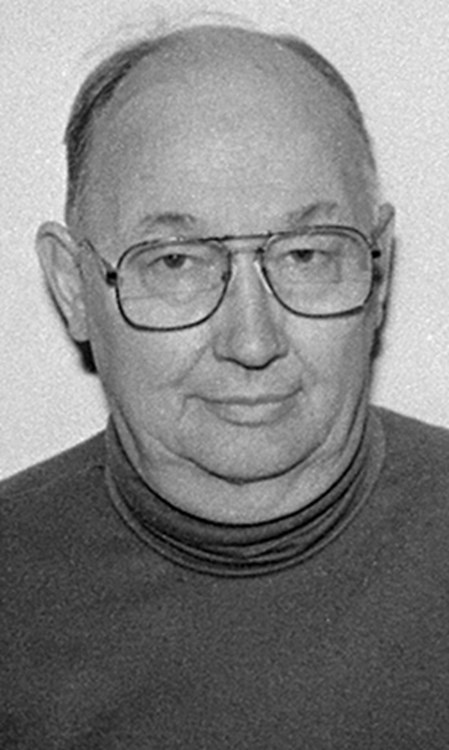 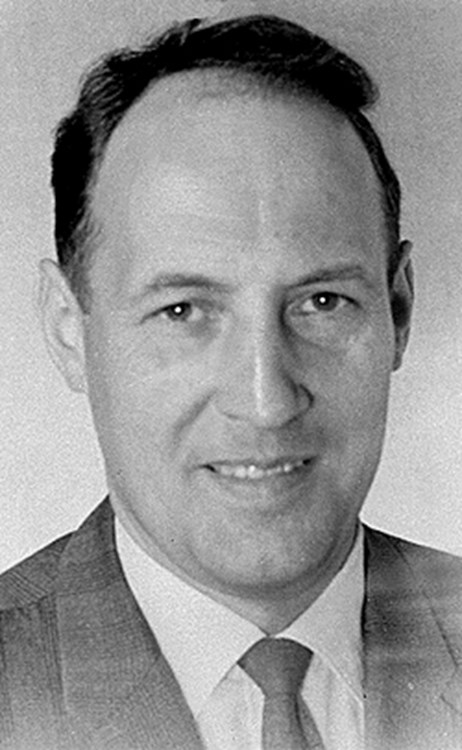 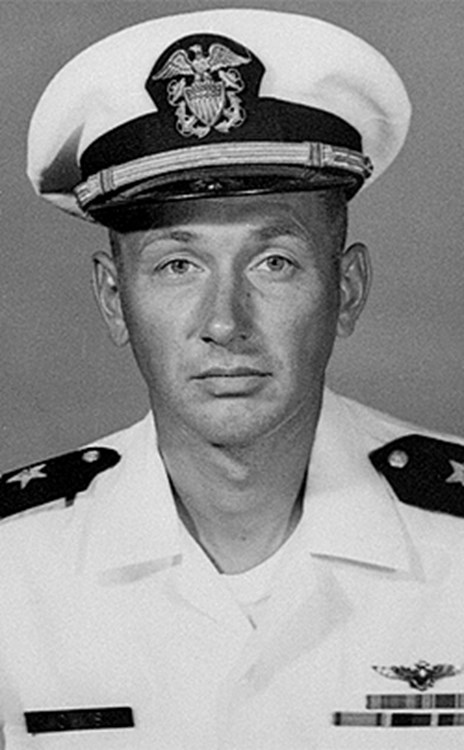 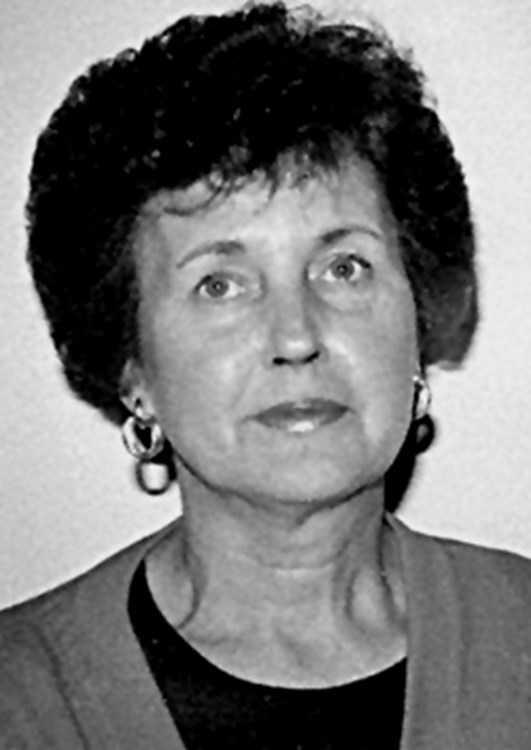