Within a few years of the sale of the first town lots in the original Anchorage townsite in 1915, the city attracted more professionals who were opening offices in the new town. One of those was William Henry Baker Rager Sr., who opened his law practice soon after his arrival in Anchorage in 1920. From 1921 until 1926, he served as the second U.S. Commissioner in Anchorage, and also practiced law until his sudden death in 1927. He developed a reputation as one of the foremost attorneys in the city, a citizen of sterling character, and a devoted husband and father.[1]

William Henry Baker Rager Sr. was born on Frederick, Maryland on August 19, 1882, the son of Adolphus Scott B. Suman Rager and Caroline Emily Ringle Baker. William Rager first arrived in Alaska from Montana, where he had been practicing law for about five years in Stevensville, Montana.[2]

In Anchorage, Rager first became an associate of Jerry Murphy in the law firm of Murphy and Rager, located at 439 E Street.  Rager later formed a partnership with Michael J. Conroy, a former mayor of Anchorage. In the latter part of 1921, U.S. District Court Judge Elmer E. Richie appointed Rager as Anchorage’s second U.S. Commissioner, succeeding Leopold David who had retired from this position. He served in that office until January 1, 1926, when he retired from public service to devote full time to his private law practice. Judge Ritchie was quoted as saying that U.S. Commissioner Rager was the only commissioner ever appointed by the judge who had no complaints registered against him.[3]

In 1920, Rager married Katherine G. DeWald in Anchorage. She was born in Salem, Virginia in 1891. In late 1920, she resigned her teaching position in Montana for the purpose of moving to Anchorage to marry him. They had a son, William Jr., born on April 17, 1921.

In July 1923, when President Warren G. Harding visited Alaska to celebrate the completion of the Alaska Railroad from Seward to Fairbanks, Rager stopped by Denny Hewitt’s photography shop on his way home to commemorate the occasion with a photograph. His son, William Henry “Bill” Rager Jr., remembered shaking hands with the president. For years, the photograph of Bill Jr. was displayed on the screen of the Empress Theatre, Fourth Avenue and G Street, as an advertisement for Hewitt’s.[4]

Around 1920, the Rager’s moved into their first home, located at 7th & G Street, in Anchorage. Their second home was at 126 F Street. It was a shingle-sided, one-and-one half story frame dwelling, and was later called a “classic bungalow.”[5] The house was reportedly built in 1917 by Ed Christensen, a local carpenter who constructed several homes on the townsite. The original owner was W.A. Rystrom, but by 1922, William and Katherine Rager had made it their home.

Rager was member of the Alaska Bar Association and Anchorage Elks Lodge No. 1534. He also served as a past dictator of the Loyal Order of Moose.

William Henry Baker Rager Sr. died at the age of forty-five on December 27, 1927, after suffering a heart attack at home.  He was buried in Mount Olivet Cemetery in Frederick, Maryland.[6]

After her husband’s death, Katherine Rager again began teaching school. In 1932, she and her son moved to Seward, where she taught high school English and Latin. She later worked for the U.S. Army Corps of Engineers in Seward until she retired and moved back to Anchorage to be with her son.[7]

Katherine G. DeWald Rager died on December 12, 1960 and is buried in the Pioneer Tract, Anchorage Memorial Park along with her son, William Jr., who died in 2005.[8] 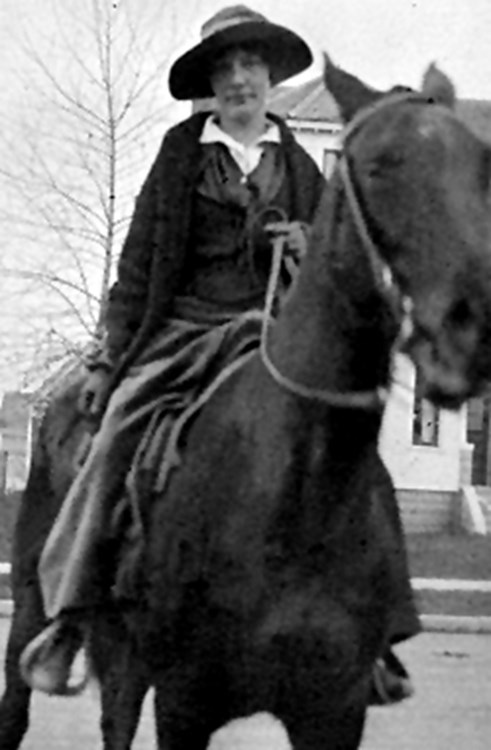 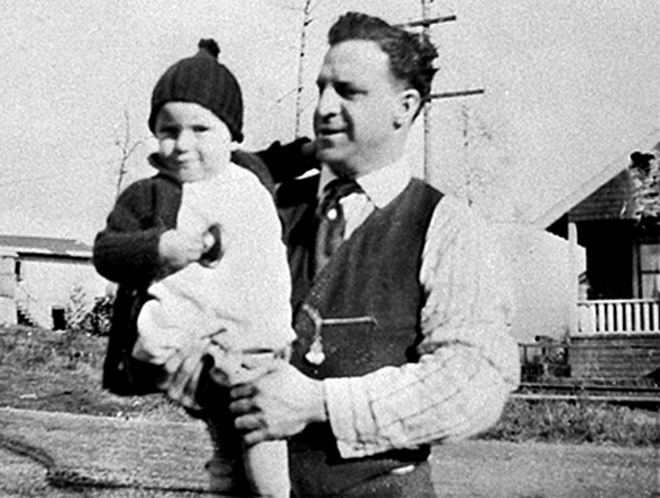 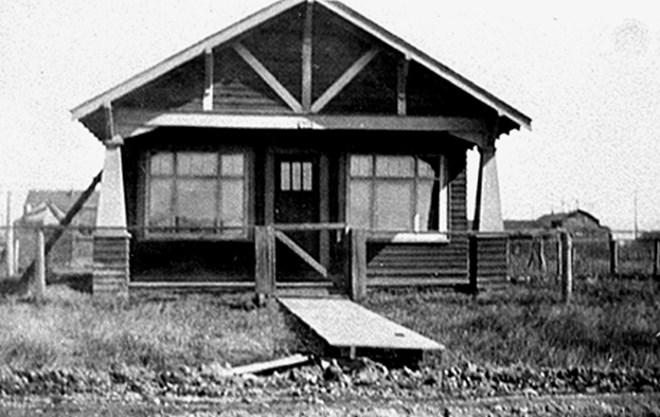 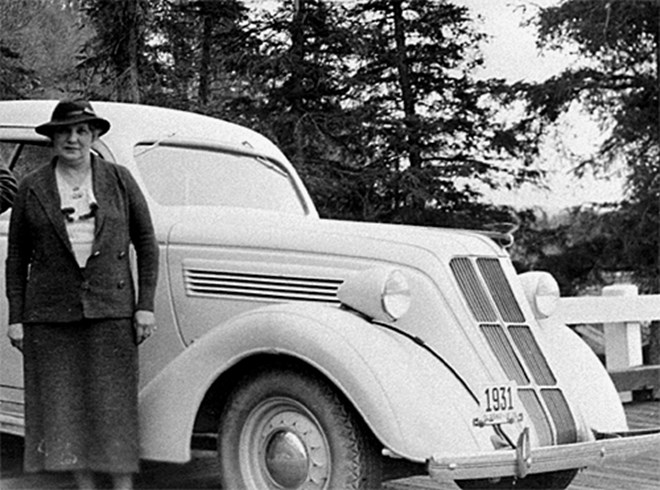 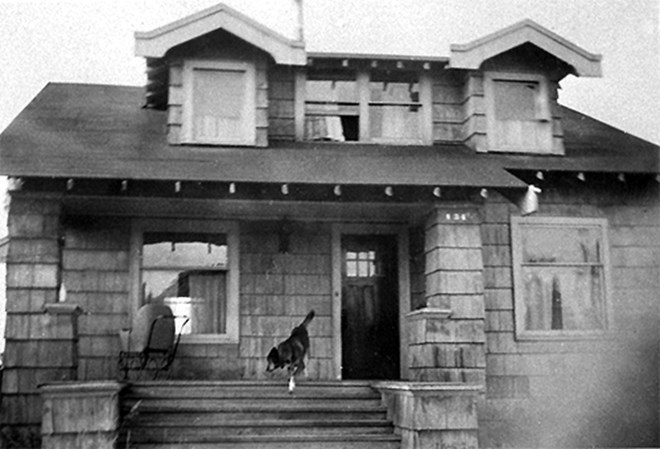 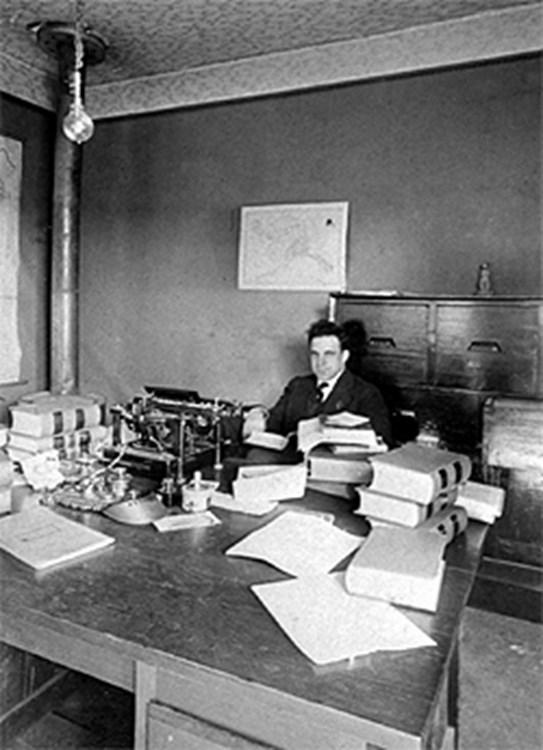 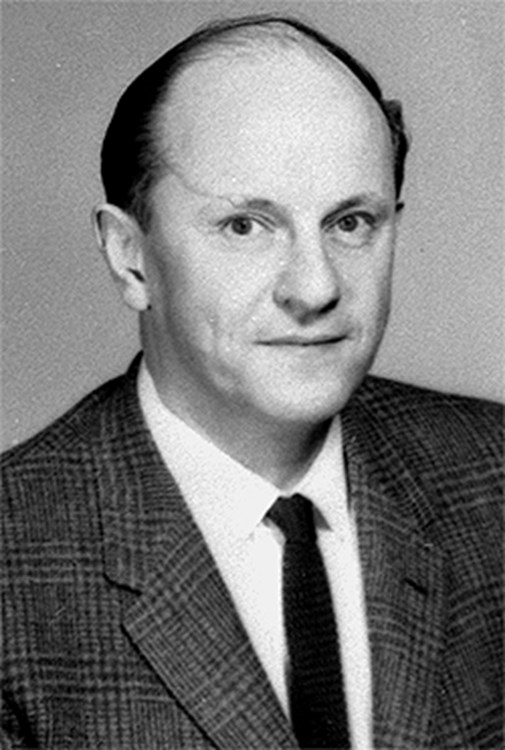 [5] Michael Carberry and Donna Lane, Patterns of the Past: An Inventory of Anchorage’s Historic Resources, 17-18.