Carl Rivers (Karl Alexander Joensuu) was an early Anchorage pioneer and an employee of the Alaska Railroad. Prior to his arrival in Anchorage in 1920, he was primarily an air-break repairman for the Northern Pacific Railway in Minnesota. He was a member of the Finnish community of over a dozen families in Anchorage. His daughter, Lillian “Lily” Rivers Stolt (1907-2005), was the wife of former Anchorage mayor William A. “Bill” Stolt (1900-2001).

Karl Alexander Joensuu was born in Oulu, Finland on December 17, 1881. He immigrated to the United States in 1901, and was probably accompanied by his mother, Magdalena. They settled in Brainerd, Minnesota because Karl’s older brother had previously settled there.[1] The Northern Pacific Railway was first headquartered in Brainerd and, later, moved to Minneapolis, Minnesota. After Karl became a naturalized U.S. citizen in 1906, he changed his name to Carl River. He later changed his name to Rivers because in school his daughter called herself Lily Rivers and he also preferred that name.[2]

In 1903, Rivers married his first wife, Hilma (Hilmar) Maria Matinson Selkala, who was also a Finnish immigrant. She was born on December 29, 1882, in Humppila, Hame, Finland, to Juha Matinson Selkala and Eva Karoliina Matindr. Their son, Conrad, was born about 1905 but later died from measles at the age of thirteen in Fairbault, Minnesota. On February 11, 1907, their second child, Lillian “Lily,” was born in Superior, Wisconsin.[3] About 1910, another son, Kullervo, was born, but he lived only three days. By 1910, the Rivers family was living in Ault, Minnesota, about 160 miles northeast of Brainerd, where Carl worked as a “car repairer” for a railroad, probably the Northern Pacific Railway.[4]

It appears that the Rivers family moved back to Brainerd around 1912, when their daughter, Lily, became old enough to attend first grade. Carl Rivers obtained employment there with the Northern Pacific Railway. On January 20, 1913, their second daughter, Rose Aune, was born in Brainerd. In 1914, Hilma, even though pregnant, initiated divorce proceedings against her husband, probably due to his excessive drinking. After receiving a divorce decree in the fall 1914, Hilma gave birth on February 19, 1915, to her son, Philip.[5] On February 4, 1920, Hilma died in Brainerd after contracting Spanish influenza, which led to pneumonia, causing her death.[6]

On July 4, 1915, Carl Rivers was married to his second wife, Hilma Alexandra Lauren, in Brainerd. Lauren, also a native of Finland, had traveled from Port Washington, Long Island, New York, to be his bride after convincing her to marry him. He had previously corresponded with Lauren after seeing some of her writing in a Finnish language newspaper. His second wife was called “Sally,” instead of Hilma.[7] The Rivers family moved to Astoria, Oregon for about one and a half years.

In 1920, Rivers was working as a pipefitter in a shipyard in Seattle, Washington. He was also rehired as a shop repairman for the Northern Pacific Railway.[8]

In 1920, Rivers heard that men were being hired for work on the Alaska Railroad by the Alaska Engineering Commission (AEC), the federal agency in charge of construction, in Anchorage. He was hired to be an air-brake maintenance man in his own shop. On July 22, 1920, Hilma “Sally” and the Rivers' two daughters, Lily and her seven-year old sister, Rose, arrived in Seward on the S.S. Alameda of the Alaska Steamship Company on July 29. They then went by train to Anchorage to join him. The family moved into their four-room log home at 618 8th Avenue, between F and G Streets. He paid $375 for the property.[9]

Hilma “Sally” Rivers operated a small restaurant in Anchorage for a short period of time. However, most of their interest was in their membership in the Suomi Club, a local organization for Finnish immigrants. In the 1920s, there were about seventy-five Finnish people living in Anchorage in addition to individuals who sojourned to work in the area for short periods. In 1917, a year after the Suomi Club was founded, the Finnish Community Hall was built on Eagle Street between Fourth and Fifth Streets. In the late 1930s, August Niemi donated a lot at Fifth Avenue and Cordova Street for use as the Suomi Hall (also known as the Finnish Community Hall), and the building was relocated to the lot Niemi had donated “for as long as it is used for the Suomi Hall.”[10] The club met once per month for potluck dinners, entertainment and, often, dramatic plays. Today, the Anchorage Suomi Finland Club is still in existence and is located at 8225 Spring Street.[11] They also were active members of the Pioneers of Alaska.

Rivers retired from the Alaska Railroad in 1946. He and Hilma “Sally” Rivers left Anchorage and moved to Auburn, Washington.

Carl Rivers died on August 30, 1957, in Anchorage as the result of a brain tumor while on a visit from his home in Auburn.[12]  Hilma L. “Sally” Rivers died on January 28, 1970, at Anchorage Community Hospital, after suffering a stroke.[13] They are both buried in the Pioneer section of Anchorage Memorial Park Cemetery. 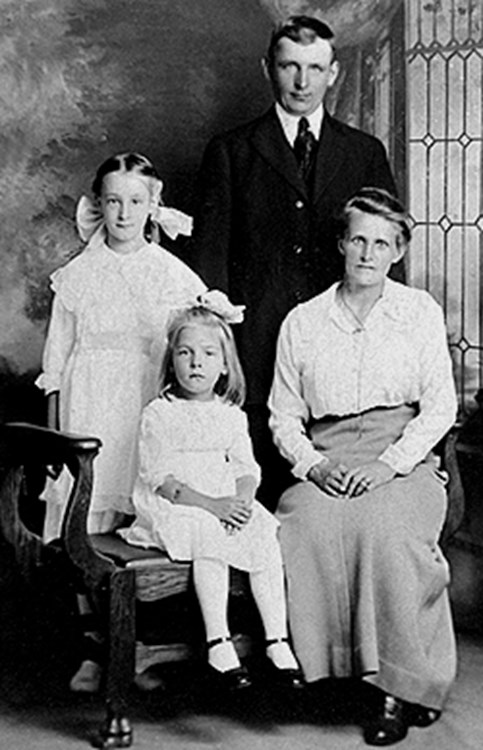 Carl and Hilma Rivers and daughters Rose and Lilian, ca. 1912. 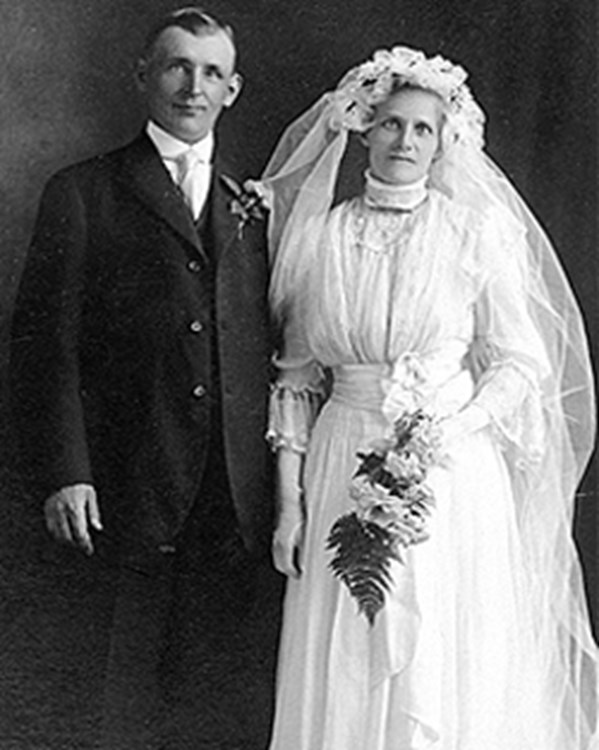 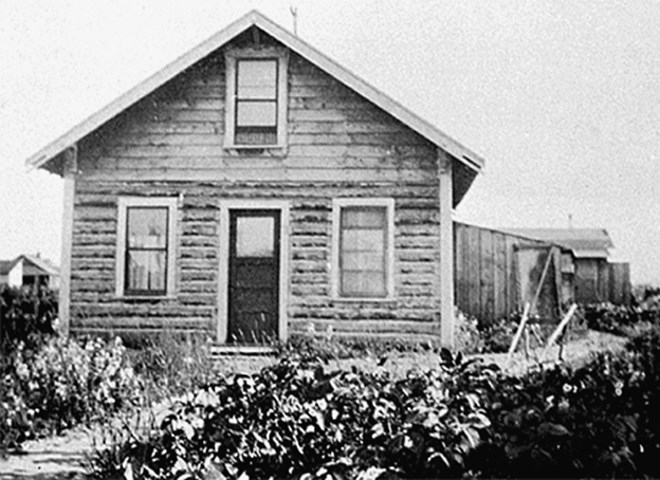 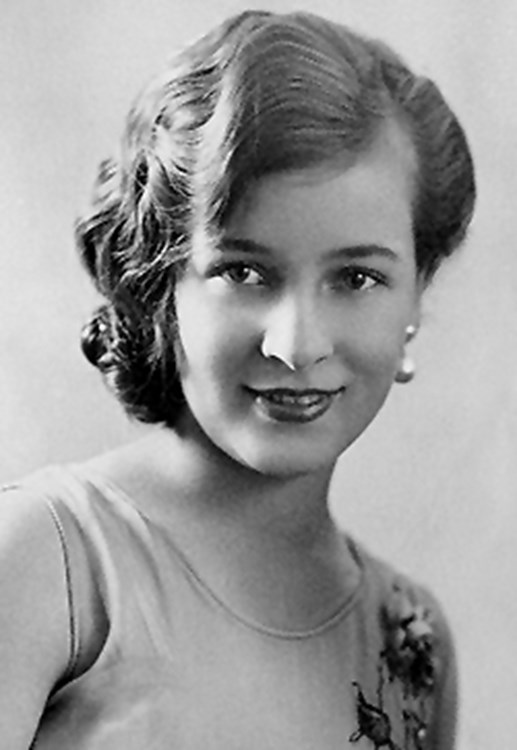 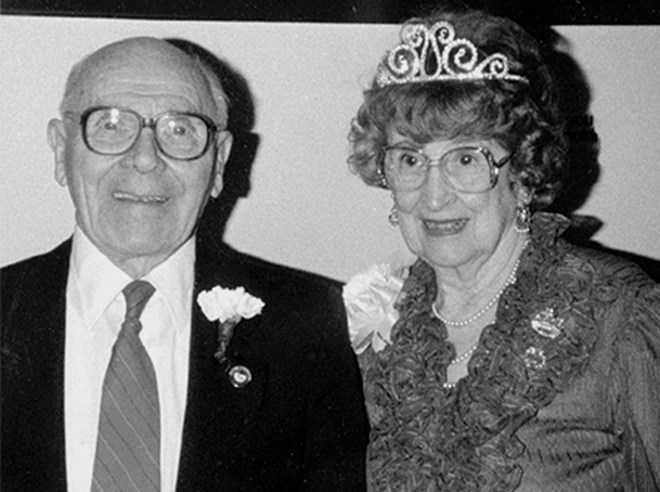 William ("Bill") Stolt and his wife Lily ("Lilian") Rivers Stolt, 1965. They were crowned King and Queen Regents of the Anchorage Fur Rendezvous, 1965. 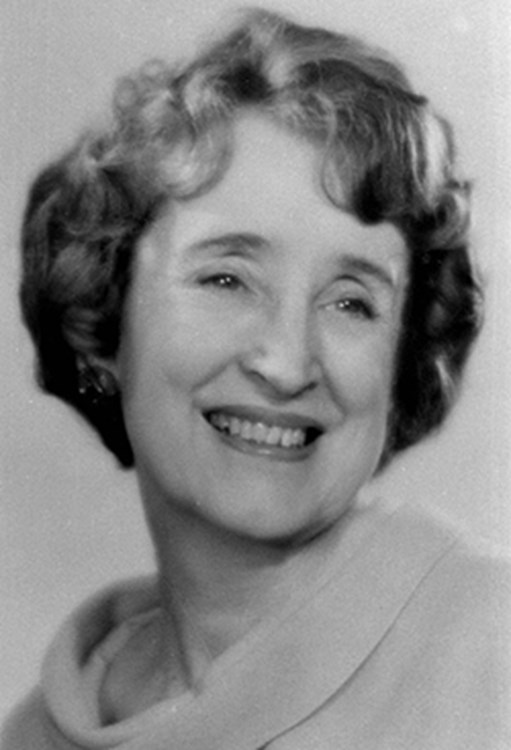 [3] The baptismal certificate for Lily Rivers, dated February 26, 1907, shows that she was named “Lilja Markareeta Magdelena, daughter of Hilma and Carl River.” Lilja is the Finnish name for “Lily.” Ibid., 35.

[5] After his mother’s death in 1918, Phillip was adopted by her sister, Inez, and her husband, Oscar Jaakkola, and raised on a farm outside of Brainerd, Minnesota. Lily Rivers stated that he attended a country school, eventually attended college, and started his own family. William and Lilian Stolt, Bill and Lily, Two Alaskans, 41.

[10] Michael Carberry and Donna Lane, Patterns of the Past: An Inventory of Anchorage’s Historic Resources (Anchorage: Community Planning Department, Municipality of Anchorage, 1986), 36 and 82.