Louis Strutz (1896-1977) was an early Anchorage resident who arrived in Anchorage in 1919, four years after its establishment as a tent city on the shores of Ship Creek. His wife, Aline Sawhill Strutz (1899-1995), was a pioneer gardener and life member of the Anchorage Garden Club.  She was well-known in gardening circles for "her yard, garden, greenhouse, large vegetables, and the cultivation of various berries."[1]

This summary of Aline Strutz's contributions was published in the Anchorage Daily News in 1995:

"Her yard was featured for many years on the local home and garden tours.  As an amateur botanist, she was considered an authority on Alaska wild flowers by professionals in many parts of the world, and she regularly corresponded and traded seeds with her fellow botanists in Canada, South America, Austria, Switzerland, New Zealand, Africa, Sweden, Czechoslovakia, England, and Scotland.  She also traveled extensively into remote regions of Alaska to collect and photograph new flowers.  She wrote several articles for gardening journals, and many of her pictures of Alaska wild flowers were printed in Alaska-Yukon Wild Flower Guide and Alaska's Wild Berry Guide and Cookbook.  Mrs. Strutz identified a previously unknown Alaska sage which was named for her, the Artemisia Campestris L. ssp. borealis (Pallas) H. & G. strutzea Welsh."[2]

Louis and Aline Strutz had the distinction of living in the same house (916 P Street) longer than anyone else in Anchorage (1924-1995)--seventy-one years, at the time of her death.  Their house was a small, three-bedroom frame bungalow built about 1918, painted gray with red shutters.  It was one of the last of the early homes still on its original site.  The 1964 Alaska earthquake severely damaged the Strutz home, which stood atop a bluff at the west end of the Delaney Park Strip. The family faced the challenge of restoration of the rubble back into an attractive home and garden, which was featured for many years on local home and garden tours.  Located on a 3,000-square foot double lot at the corner of 9th and P Street, their former house is still on the site.  As for the thousands of Aline's plants, they were inventoried the following year by members of the Anchorage Botanical Garden (4601 Campbell Airstrip Road), a 110-acre site between Far North Bicentennial Park and Benny Benson School.  Many of her plants were replanted there and at "safe houses."[3]  After her death, the Alaska Botanical Garden, Inc. published a series of articles in honor of her contributions as a botanist and gardener and about moving the Strutz house garden.[4]

Louis Strutz was born in Oaks, North Dakota on January 7, 1896, the son of August Henry Paul Strutz and Loretta Anna Eucher Strutz. When Louis was two years old, the family moved to Montesano, Washington, about forty-five miles west of Olympia. He played the tuba in the Montesano Band.

On March 28, 1917, Strutz enlisted in the U.S. Army, indicating his occupation as a musician. His military service was spent on the west coast, at Vancouver Barracks, Washington; Angel Island, San Francisco; Camp Walter R. Taliaferro, San Diego; Imperial Beach; Camp Kearney, California; and Fort George Wright, Spokane, Washington. He was a sergeant by the time of his service at Fort George Wright. From Spokane, he was sent to Anchorage, arriving about the steamship S.S. Admiral Watson on November 5, 1919, with Company B, 21st Infantry. He was discharged in 1920.[5]

On April 12, 1920, Strutz married Aline Sawhill in the manse of the First Presbyterian Church, in Anchorage. She was born on the Tyler Ranch near Nimrod, Montana, July 16, 1899, the fourth child of Joseph Todd Sawhill and Alice Ann McCarty Sawhill. She attended elementary and high schools in Nimrod and Blakely, Montana and business college at Missoula and Thompson Falls, Montana. She worked for the U.S. Forest Service as a stenographer in Thompson Falls.  Later, she was a division storekeeper for the Northern Pacific Railroad in Parkwater, Washington, where she met Louis Strutz at a dance.

In 1921, Strutz started a dairy farm with fourteen cows and five-hundred chickens, delivering milk and eggs with a wagon. He also sold vegetables from his garden to residents of the town. He purchased a home and property at 916 P Street and, as the family grew larger, he sold off the farm animals.

Aline Strutz led a subsistence lifestyle in assisting to provide for her large family. This description was given in the Strutz family file in the Atwood Resource Center, Anchorage Museum at Rasmuson Center:

“ . . . for the first years life went on in a two-bedroom home without electricity or running water and cooking on a wood stove. It was truly subsistence living. She learned how to mend salmon nets; in the spring she strung them between the three trees on the front lawn, and mended them. Each tide found the children on the beach picking the salmon from the nets and carrying them up the hill where Aline cleaned and canned or readied the salmon for the smoke house. Many quarts of salmon were consumed each year by this large family. Aline also traded the surplus from the vegetable garden to the local grocer for canned and dried fruits.”[6]

Louis Strutz worked for several employers in Anchorage as well as continuing his small dairy operation for a few years. In 1920, he was hired as a pump man at the Anchorage City Pumping Station, which was operated by the Alaskan Engineering Commission (AEC), the temporary federal agency in charge of construction of the Alaska Railroad. He first worked as a boiler maker's helper, crawling inside of steam boilers and cleaning them.  From 1926 to 1942, he worked as a boiler maker and in other capacities for the Alaska Railroad in the round house and the back shop. During World War II, Louis worked for the Anchorage Bakery and the North Pole Bakery and volunteered as a civil defense warden. From 1945 to 1961, he worked for the Northern Commercial Company, retiring in 1961.[7]

In the 1930s and early 1940s, Strutz was a member of the Anchorage City Band under the direction of Ed Berate, and played the tuba and drums. He also taught himself to play guitar, the E-flat bass horn, and the bass drum.

Strutz was active in Anchorage social and community organizations. He was a member of the American Legion, Jack Henry Post No. 1; Veterans of Foreign Wars; and the Pioneers of Alaska, Igloo 15. He was a charter member of the Cook Inlet Historical Society. He was a veteran of World War I.[8]

Louis and Aline Strutz had six children, all born in Anchorage: four daughters, Clella (born in 1921), Joan (born in 1923), Gayle (born in 1924), and Ermalee (born in 1925); and two sons, Lloyd L. (born in 1927) and Richard (born in 1929). Aline kept busy with raising her children, caring for a large vegetable garden, and living a subsistence life--canning salmon, vegetables, and fruits.

Aline Strutz’s favorite hobbies were collecting and photographing Alaska wild flowers. She visited many areas to find wild plants which she transplanted in her yard. She eventually collected over two-thousand specimens and wrote articles for national and international gardening journals about Alaska’s wild flowers and wild berries. She also contributed to rock garden and other bulletins in the United States as well as in Britain. Many of her photographs were published in the Alaska-Yukon Wild Flowers Guide (1974))[10] and the Alaska Wild Berry Guide and Cookbook (1982).[11].  As a member of the Anchorage Garden Club, she participated in its flower shows, winning numerous honors. She was given official botany annuals credit for her discovery of a previously unknown Alaskan sage plant variety, named for her, the "Artemisia Campestris borealis, H & G var. strutzea Welsh."[12]  in addition to botany, she judged flower shows, furnished flowers for flower-arranging workshops, and preserved vegetables and fruits to share with friends.  She went bowling and dancing, and continued her other hobbies into her late eighties.

Louis Strutz died February 22, 1977, at the age of eighty-one, at Providence Hospital, in Anchorage. Aline Strutz died on November 12, 1995, at the age of ninety-six. They are both buried in the Pioneer Tract of Anchorage Memorial Park Cemetery. On January 19, 1996, Aline was honored by the Alaska State Legislature, which noted her accomplishments and contributions to the state and her strong pioneer spirit and dedication. They were survived by an extensive family, including four daughters, Clella Lou Strutz Fowler, Joan Strutz Nattress, Gayle Strutz Ryan, and Ermalee Strutz Hickel; two sons, Lloyd Louis, and Richard Kenneth; and thirty grandchildren.[13]  Their daughter, Ermalee Hickel, was the wife of former Alaska Governor Walter J. Hickel (1919-2010). Their son, Richard Strutz, was a minister in Anchorage for more than thirty years, and pastor at Anchorage Christian Center. 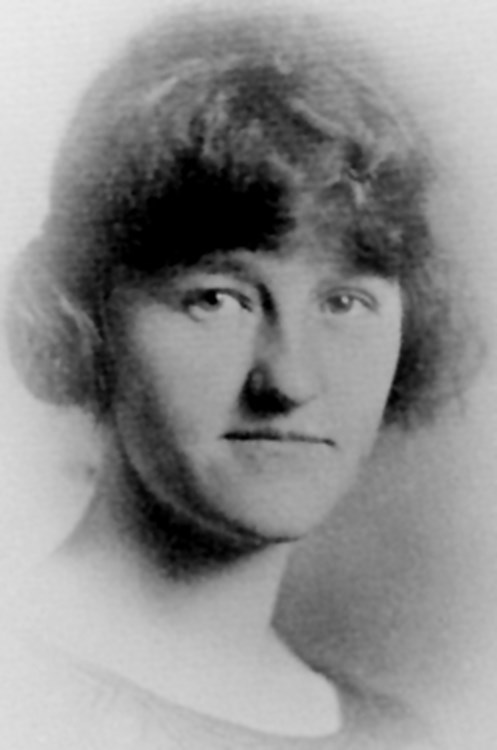 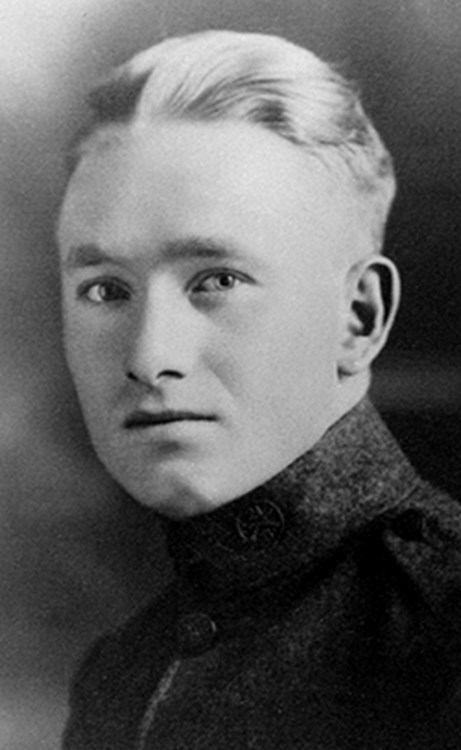 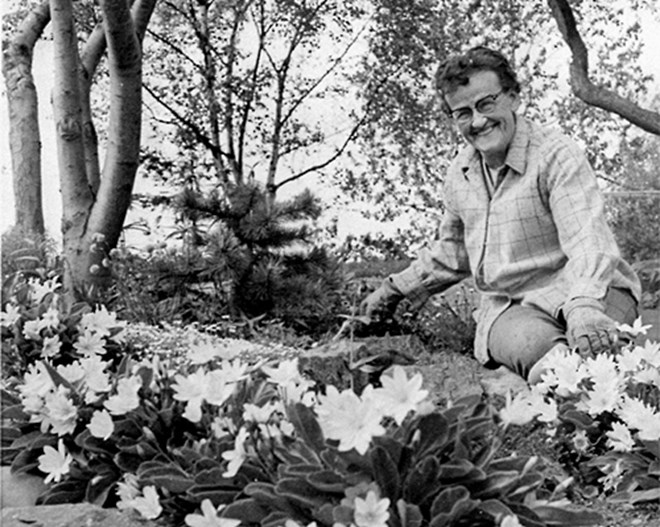 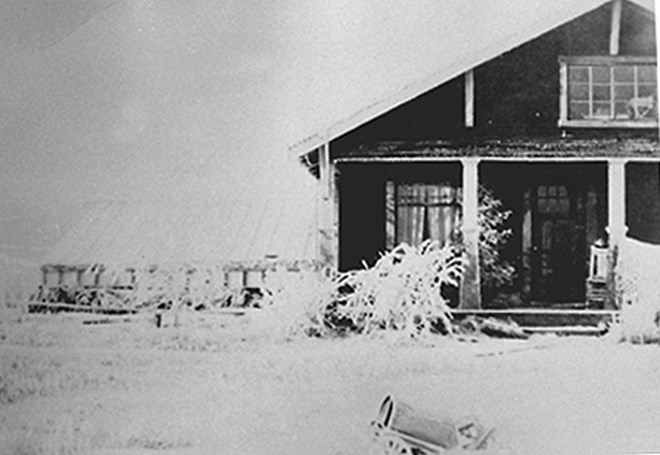 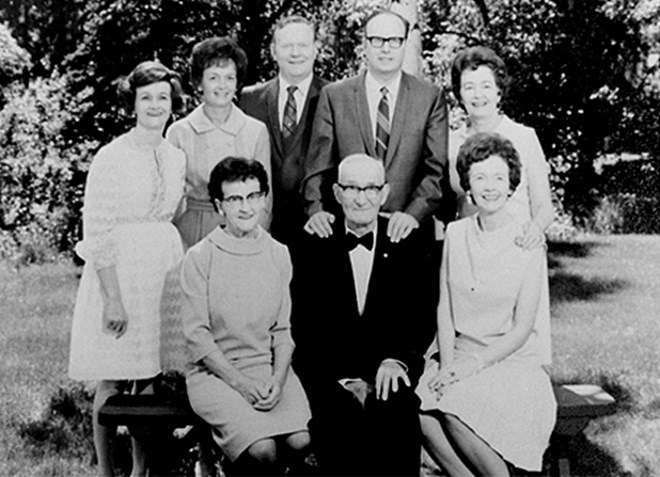 Aline and Louis Strutz, front, with their four daughters and two sons, at their 50th wedding anniversary, 1970. At the time the couple had twenty-six grandchildren, sixty-two great-grandchildren, and seven great-great grandchildren. 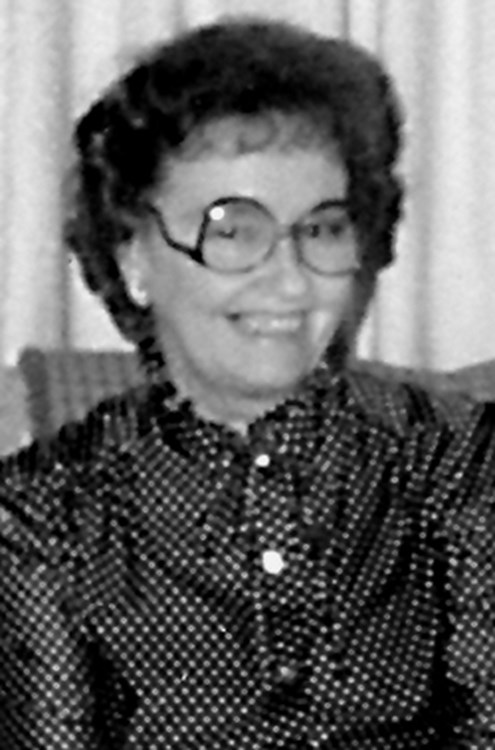 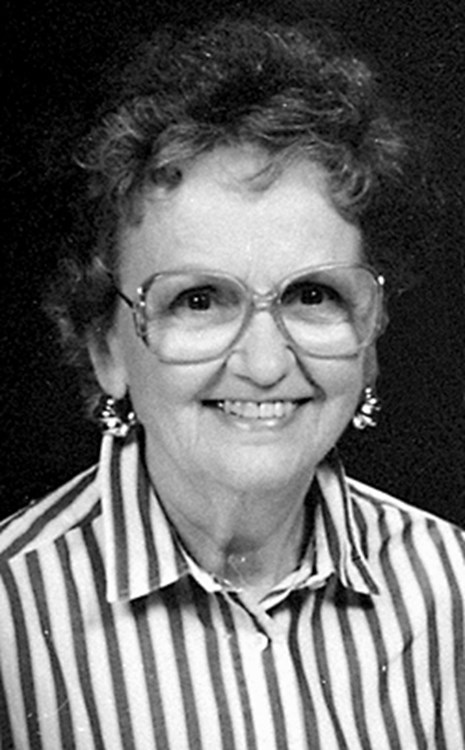 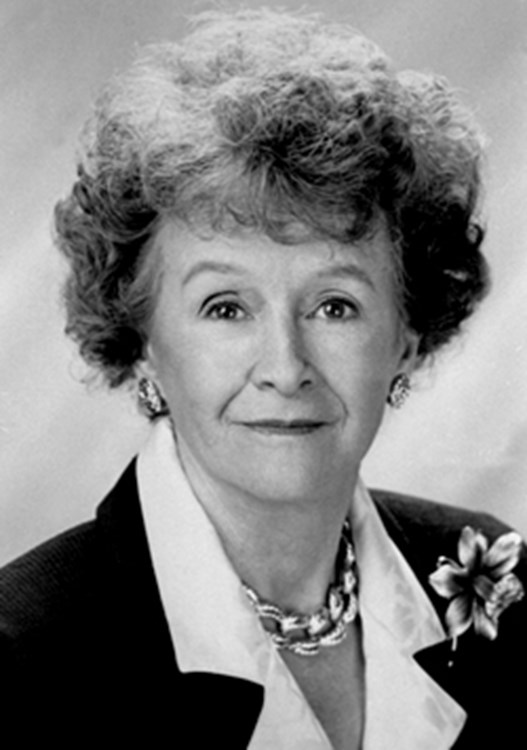 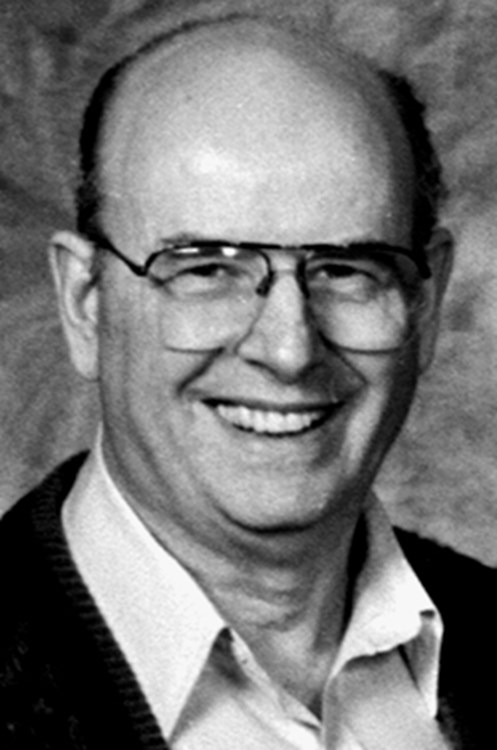