Oscar [Oskar] Tryck was born in Järnboås, Örebro, Sweden, on October 21, 1879, the son of Erik Wilhelm Tryck and Klara Gustafva Larsson.[1] He immigrated to the United States with his parents in 1880.[2] He was raised in the depressed iron ore area of Michigan, the area around National Mine, Michigan.

In 1902 or 1903[3], Tryck, with his brother, Charles, and three other men, set out for Alaska to join the Klondike gold rush. They crossed the country and then traveled by steamship from Seattle to Skagway. They hiked the White Pass along the rail line, built a scow on Lake Bennett, and floated down the Yukon River to Dawson, where they worked in the gold mines. They continued their trip, crossing into Alaska. Tryck also worked in Rampart, Tanana, Tenderfoot, and Fairbanks, as a wood cutter, freighter, road builder, and at other jobs to earn a living. In Tanana, he worked supplying wood for Fort Gibbon, the U.S. Army post at the mouth of the Tanana River. He prospected and hauled freight for the Tenderfoot Mine on Tenderfoot Creek, in the Richardson District near Fairbanks. In 1911, he began hauling freight with a matched team of four black draft horses out of Fairbanks and on the Richardson Trail to Valdez.[4]

In 1911, Tryck heard of the gold strike at Ruby and left Fairbanks on the Julia B, the first sternwheeler down the river to the new gold strike. The gold discovery at Long Creek, thirty miles south of Ruby and near the mouth of the Yukon River, led to a small stampede. In 1911, the town of Ruby, the only sizeable gold camp ever developed on the lower Yukon River, was established, and it peaked with a population of one thousand. In Ruby, Tryck took over the job of pioneering the road out to the mines, with his horses and a crew of pick-and-shovel men. He also mined with his brother, and they hit a pay streak on Trail Creek. In comparison with Fairbanks and Nome, the gold placers in Ruby were not comparable in yield. By 1918 Ruby was fading fast and soon went the way of other short-lived mining towns.[5]

In 1913, Tryck returned to Iron Mountain, Michigan, and married Lillian "Blanche" Tipping, a school teacher and his childhood sweetheart. She was born in National Mine, Michigan, the daughter of Irish immigrant parents, William Tipping and Katherine Catherina Hodge Smith. She had been waiting for Oscar for ten years, and the two were married in Ishpeming, Michigan, on February 2, 1914.[6] They returned to Fairbanks via Valdez, and waited for the spring break up on the river to travel to Ruby. In 1915, their first child, William Oscar, was born in Ruby. By 1916, the Trail Creek claims were worked out, and he moved the family to Anchorage via Knik.  Tryck hauled freight to the mines until construction of the Alaska Railroad eliminated the need for Knik as a supply port.

In 1917, the Tryck family moved to Wasilla, a new town where the railroad crossed the Knik Road. He bought some lots in the Wasilla (railroad) townsite auction.  On December 9, 1919, a second son, Charles Warren, was born in Wasilla, reportedly the first baby born there.

In 1917, Tryck began working for the Alaska Road Commission (ARC) as a general foreman for the Matanuska Valley and the Willow Creek mining district.  He later became the superintendent of the ARC at Wasilla under the Anchorage district until his retirement in 1937. During his tenure with the ARC, he supervised the construction of many of the connecting roads in the Wasilla-Palmer-Anchorage area built prior to 1936. In the Matanuska Valley, the ARC built Trunk Road, Fishhook Road, and Finger Lake Road, now the Palmer-Wasilla Highway.  They also built the road from Willow to the Lucky Shot Mine and Independence Mine, completing the loop that goes through Hatcher Pass, and to other now abandoned mines. The ARC also built most of the first road connecting Anchorage with the Matanuska Valley, the Anchorage-Matanuska highway.[7]

Lillian "Blanche" Tryck was active in community affairs and served as clerk of the Wasilla School Board. She and Oscar were instrumental in the establishment of a territorial elementary school, a one-room school with one teacher for eight grades.[8]

Lillian “Blanche” Tipping Tryck died on July 8, 1936, in Wasilla, from a cerebral hemorrhage.[9] Oscar Tryck died on April 20, 1964, in Providence Hospital in Anchorage after a short illness. They are buried in the Anchorage Memorial Park Cemetery.[10] They were survived by two sons, William and Charles; and eight grandchildren.  Charles Tryck was a partner in the Anchorage-based engineering firm, Tryck, Nyman Hayes, Inc. (TNH).[11] 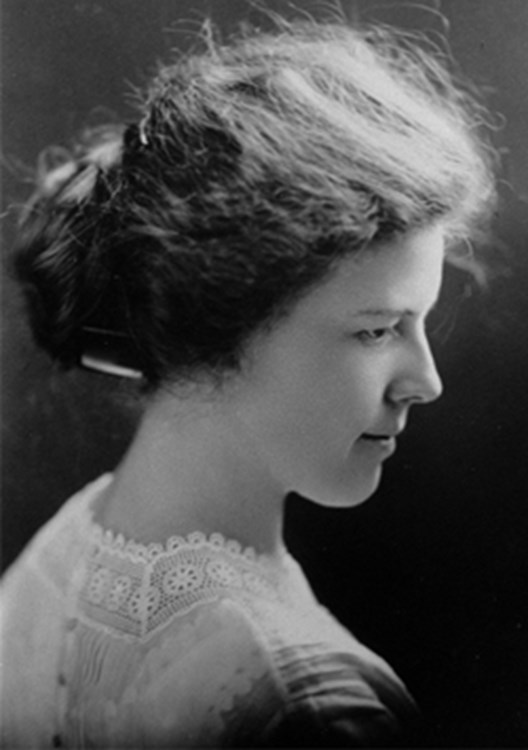 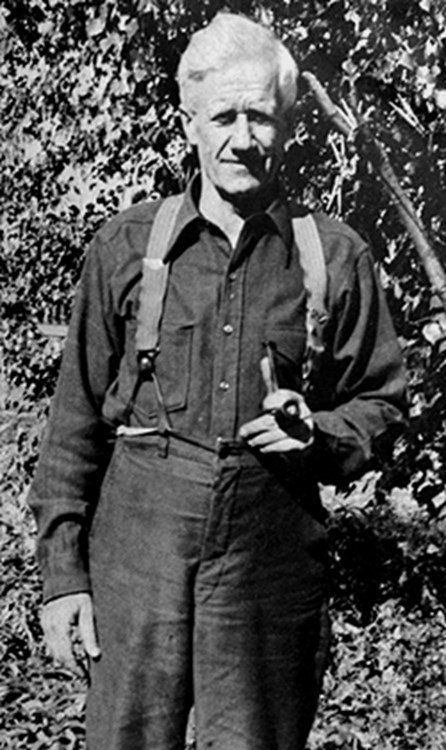 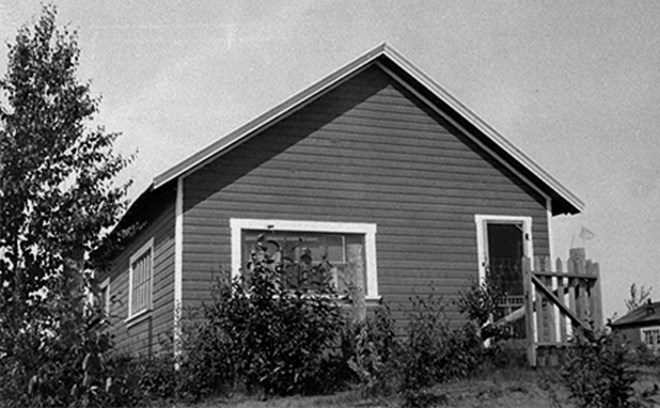 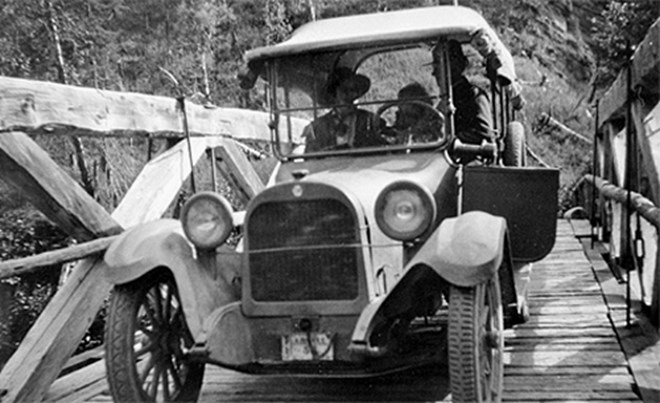 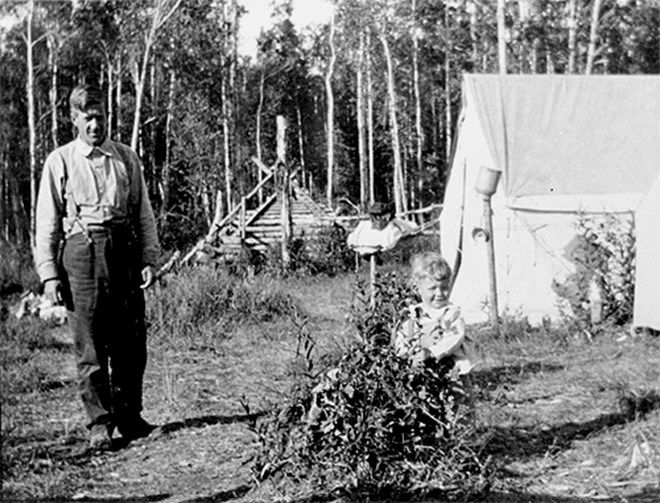 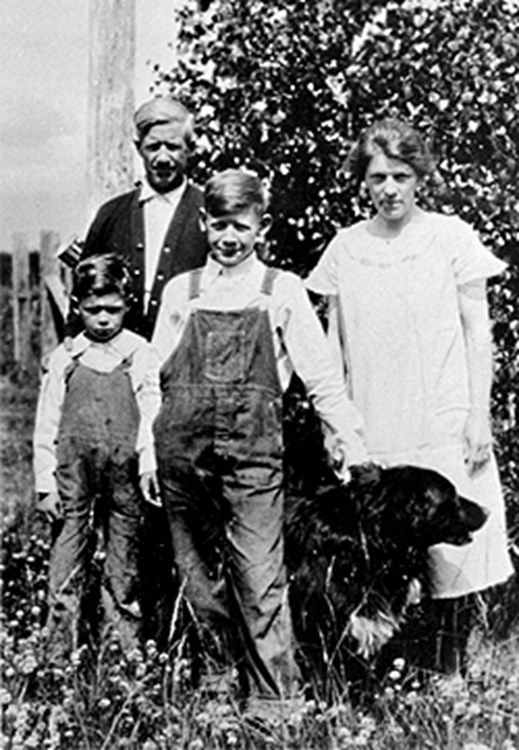 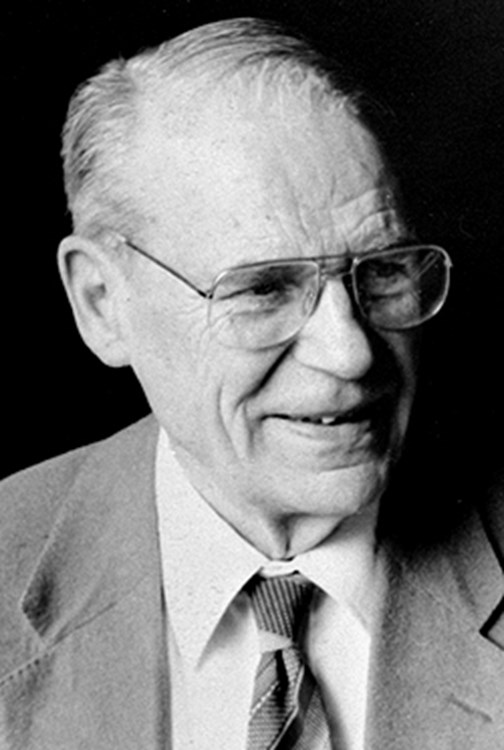 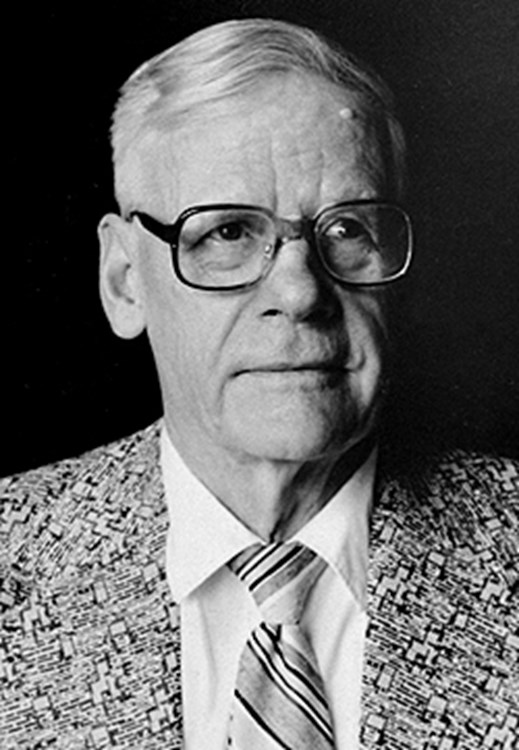