John D. Urban Sr. was born on June 20, 1882, in Portage, Wisconsin, the son of Sebastion [Sebastian] and Louise Urban. When he was a child, the family moved to a small town in Washington State. At the age of fifteen, his mother decided there were no advantages for a young man in the small town and arranged to send him to school in Seattle.[1]

After the discovery of gold in the Klondike in August 1896 by George Carmack and his two Indian companions known as Skookum Jim and Tagish Charley, word of the find slowly leaked out, with news circulating in Alaska and the Canadian Northwest. The Klondike discovery did not became a national phenomenon until the first ships carrying out gold reached the west coast in the summer of 1897.  The Excelsior arrived in San Francisco on July 16, 1897, with about $400,000 in gold aboard and plenty of passengers to tell their tale of good fortune.  Two days later, the Portland docked in Seattle with almost twice as much gold, with newspapers announcing that she had carried "a ton of gold"; although the correct figure was closer to two tons.[2]

By the summer of 1897, thousands of stampeders, like Urban, had started for the Klondike. He and a classmate would go down to the Seattle waterfront every day after school to “see the outfits, which were of all descriptions, pulling out for the Yukon."  He was “kid-like” and “itched to go.”[3]

In 1897, Urban and a friend hopped aboard a scow leaving Seattle for Skagway, Alaska. To avoid being put off the boat, they kept hidden until they were in Canadian waters. Urban’s adventure in the Klondike was told in 1928 by writer Wendell Endicott in Adventures in Alaska and Along the Trail. According to the story, Urban was fifteen years old at the time. They “had no clothing, no money, nothing but a kid’s brain full of adventure. . . . Of course, neither my mother nor any one [anyone] else knew anything about this.” [4] The trip took thirty-eight days, and the boys washed dishes, cooked, and did other jobs to pay their way. When the barge arrived in Skagway, the skipper felt the boys should be paid for their work, but he had no money. He gave them a “bit of grub” and his old mule, “whose hair had been mostly worn off on the trip, and the old mule’s harness” that the boys used to start a freighting business hauling cargo for the gold stampeders.[5] They nabbed one of the old sleds lying on the beach, hitched the mule, and began hauling freight up the trail (Chilkoot Trail). They were paid $20 for their first job. This was more money than the two boys had ever seen and they felt they owned the world.[6]

Eventually, Urban’s mother found out he was in Skagway, and she and her younger son came up to join him. He was happy to see them, and put them up in his cabin until his mother bought a lodging house and ran her own business. Soon afterwards, he “hit the trail” which lead him all over Alaska, including the gold rushes in Nome and Fairbanks.[7]

The next record of Urban was in December 1909, when he was hired as a brakeman by the Seattle Division of the Northern Pacific Railway. In 1910, he took up residence in Valdez, Alaska, where he listed his occupation as a railroad brakeman.[8] The following year, he returned to work for the Northern Pacific, working on temporary loan to the Pasco, Washington division as a front brakeman.  During World War I, he was a switchman for the Southern Pacific Railroad, and lived in Oakland, California.[9]

On May 22, 1921, Urban took up residence in Anchorage.  Shortly afterwards, he began work as a brakeman for the Alaskan Engineering Commission (AEC), the temporary federal agency in charge of building the Alaska Railroad, and then as a conductor.  While working for the AEC and, later, the Alaska Railroad, he lived in Chena for two years, Fairbanks for five years, and on Yukon River steamers for four years.  He also lived for three years in Cordova.[10]

In 1926, John Urban married Edith Edlund in Anchorage. Born in Morton, Washington, in 1903, she was one of eleven children of a Matanuska Valley homestead family. In 1915, her father, Fredolph "Fred" Edlund, moved his family from Davis Lake Valley, in eastern Lewis County, Washington, north to the Matanuska Valley and took out one of the first homesteads in the Wasilla area.[11] After arriving in Anchorage by steamship and transferring to a smaller vessel to Knik, the family had to build a five-mile wagon road to bring their family, team of horses, wagon, cattle, and farm implements to their homestead.[12]

The Urban family lived in Anchorage for four years. Their son, John D. Jr., was born in 1927. When the Great Depression was in full force, the family moved out to a homestead on Loop Road in 1931 to live off the land. They remained there until 1934, although it was not until 1938 that they received a patent or legal title to their land from the federal government.[13]

In 1944, John, D. Urban Sr. retired as a conductor from the Alaska Railroad. Shortly afterwards, he moved to the Lower 48 states. On December 6, 1949 John D. Urban Sr. died in Idlewild, California.  He is buried in the Coachella Valley Public Cemetery, Coachella, Riverside County, California.

Edith Urban remained in Alaska until 1968 to pursue business interests. She died on April 8, 1983, at the age of eighty, in St. Petersburg, Florida, where one of her daughters, Marge McCambridge Garnhart, was living. She was also survived by her daughter, Merle McCambridge, of El Cajon, California, and son, John D. Urban Jr.[14] 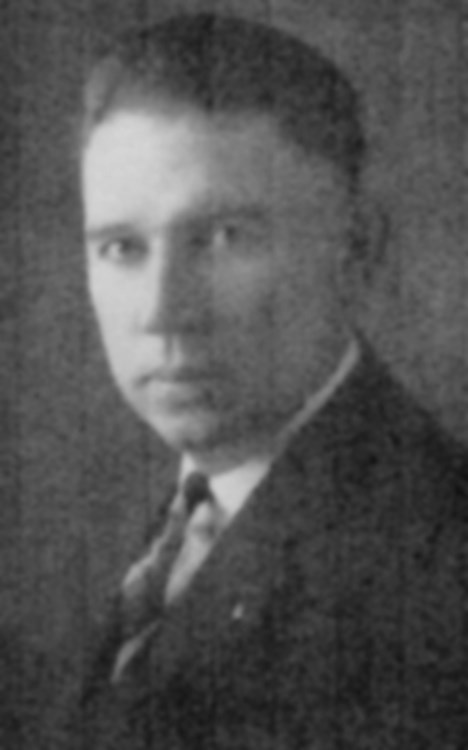 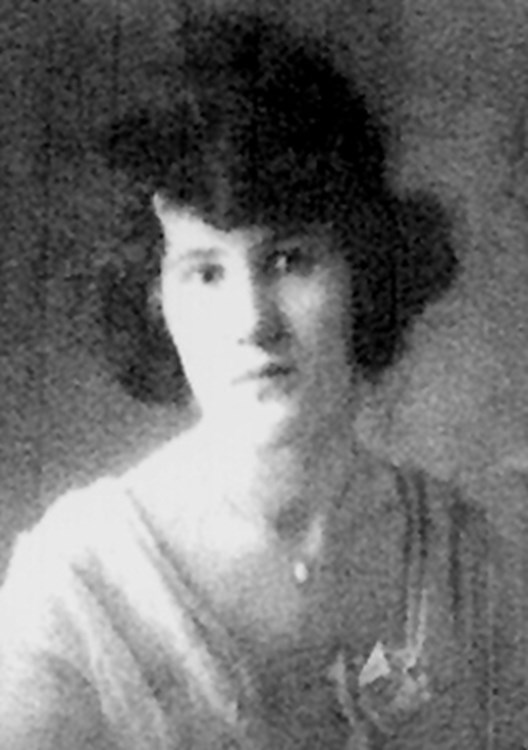 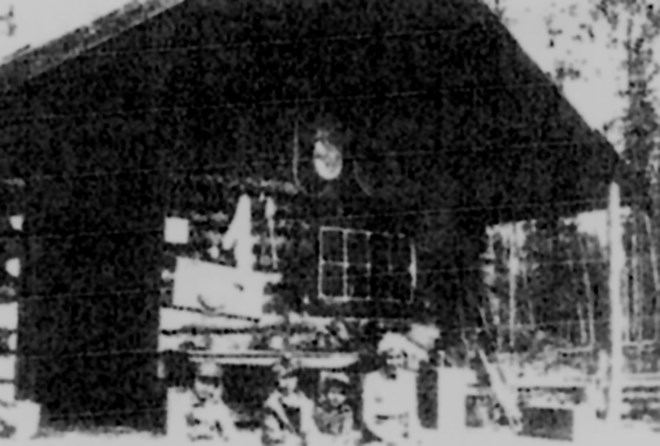 Edith and children at the Urban family cabin, early 1930s. 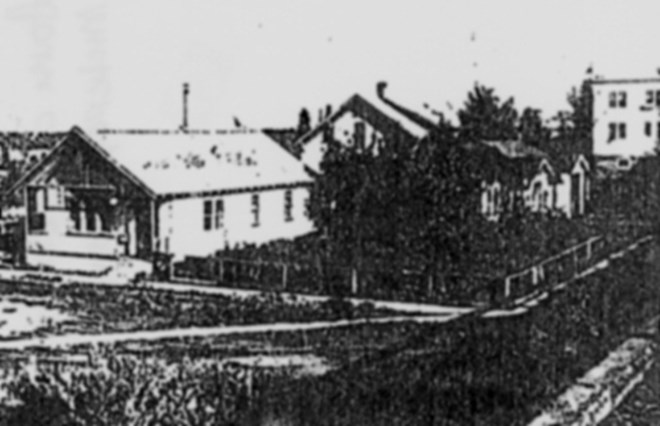 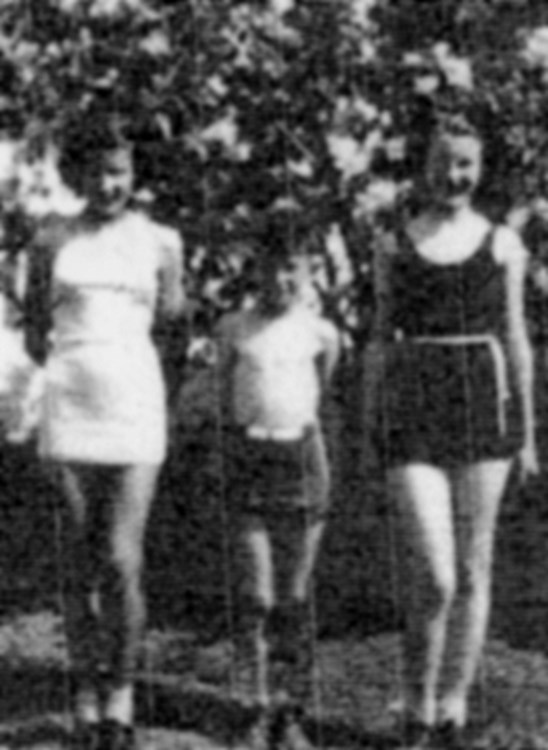 [3] Wendell Endicott, Adventures in Alaska and along the Trail, 177.

[6] Wendell Endicott, Adventures in Alaska and along the Trail, 179; and Paula M. Daugherty and Becky M. Saleeby, Elmendorf Air Force Base Homestead Study:  42.