One of Alaska’s best known bush pilots during the Great Depression was Oscar Winchell, sometimes known as the “Flying Cowboy.”  He was a barnstorming pilot who helped chart Alaska's topography and was a lifeline for isolated trappers and prospectors.  He worked to make a success of McGee Airways and its successor, Star Airways, which later became a part of Alaska Airlines.

Oscar Winchell was born in Verdigre, Nebraska in 1903, and grew up on the family farm in Knox County, and received an eighth grade education. He left home at the age of fourteen and went to Arizona on horseback to escape the cold winters and the farm that never yielded enough to feed his nine brothers and sisters. In 1921, he began his flying career in Redfield, South Dakota when he saw an airplane land in a hayfield. He spent his last fifteen dollars to get a ride in that plane and immediately became hooked.  He followed airplanes from then on until he learned to fly, and in those days it did not take long to learn.  He soloed after four hours of instruction.

In 1927, Winchell bought his first plane, paying $600 for a “Jenny,” a popular Curtiss JN-4.  He earned the money by stacking oats in South Dakota. Later he and partner George Ice founded Pioneer Airways, which eventually became part of Rapid City Airlines. The two partners accepted an offer of $50,000 in stock and two highly paid pilots’ jobs to join the airline. In the early months of 1929, Rapid City Airlines went bankrupt after business slackened and a long-awaited mail contract with the U.S. Post Office Department failed to materialize. As a stockholder, Oscar was partially responsible for its debts and he lost his life savings. He went north to the small farming community of Belle Fourche, South Dakota to become a flight instructor and airplane salesman with Belle Fourche Airlines.  Over the next two years, Oscar worked odd jobs and flew borrowed planes as a flight instructor.  Oscar taught flying and developed the idea of a flying club where pilots pooled their money to buy and fly one plane.

The economic crash of 1929 meant ruin for many pilots, and Winchell decided to look for greener pastures.  To him, Alaska seemed like the best bet, and in 1931 he arrived in Anchorage with two friends, and the Flying Cowboy started a new adventure in the far north.  Winchell had more than 1,700 hours flying in the Dakotas and Nebraska, and flew steadily until 1954, always out in the Bush.  His first job was with Gillam Airways in Copper Center as a mechanic and pilot.

The following year, Winchell was hired by Linious “Mac” McGee of McGee Airways to fly passengers, freight, and mail out of Anchorage on one of McGee’s black and silver Stinsons. McGee Airways became one of the parent companies of Alaska Airlines.  In 1934 , McGee Airways was sold to Alaska Star Air Service (which later became part of Alaska Airlines) and Oscar continued as a pilot there. In 1936, Oscar Winchell, pilot Dan Goodman, and Linious “Mac” McGee organized Alaska Interior Airlines in McGrath and Anchorage, with headquarters in Anchorage.  In April 1937, Alaska Interior was purchased by Star Air Lines and Goodman and Winchell returned as pilots, and McGee became general manager.

In 1940, Winchell left Star Air Lines and started his own business out of McGrath under the name of Oscar Winchell Flying Service.  In his Stinson NC211W, he flew food, equipment and passengers throughout the area, from McGrath up and down the Yukon and Kuskokwim Rivers.  Destinations included Flat, Takotna, Ophir, Ruby, Anchorage and Fairbanks or to anywhere where there was a payload. He remained in Alaska for almost twenty years, and recorded nearly 12,000 hours in three logbooks in Alaska skies.

On January 14, 1938, Winchell married Florence Gue, a nurse at the Alaska Railroad Hospital in Anchorage. She was born on May 19, 1911, in Nebraska.  In 1932, she graduated from the Mercy Hospital School of Nursing in Council Bluffs, Iowa.  She moved to Alaska in 1936 to work at the Alaska Railroad Hospital in Anchorage.  In 1941, she was appointed as U.S. Commissioner for McGrath.  She also provided in-home health care and assisted in the birth of fifty-two babies while they lived there.  She served on the Alaska Board of Nurse Examiners from 1948 to 1952.

In 1953, the Winchells moved to San Dimas, California, where Oscar Winchell died on December 19, 1987.  He was buried in Queen of Heaven Cemetery in Rowland Heights, California.  His widow, Florence G. Winchell, died on June 2, 1988 at the Ontario Community Hospital in Ontario, California.

“A farm kid from a poor family in Verdigre, Nebraska, Winchell had only a touch of a formal education. But he was blessed with the physical skills that made the best athletes and pilots. He had superb vision; when he was in his middle years he was still getting perfect scores on depth perception tests, to the astonishment of doctors administering flight physicals.  He had exceptionally quick reflexes and had a natural talent for machinery.  Equally important, Winchell loved flying, genuinely loved it.  He was as anxious to get into the plane the last day he flew 211W as he had been on first flight with George Ice in that South Dakota wheat field.”

When Oscar Winchell attended Alaska Airlines’ 50th Anniversary celebration in 1982, he said: “I’ve always wanted to fly since I can remember. I wanted to fly around like a bird. Walkin’ ain’t no damn good.” Daughter Patricia remembered him saying “I didn’t have a job.  I felt like I was going to heaven.” 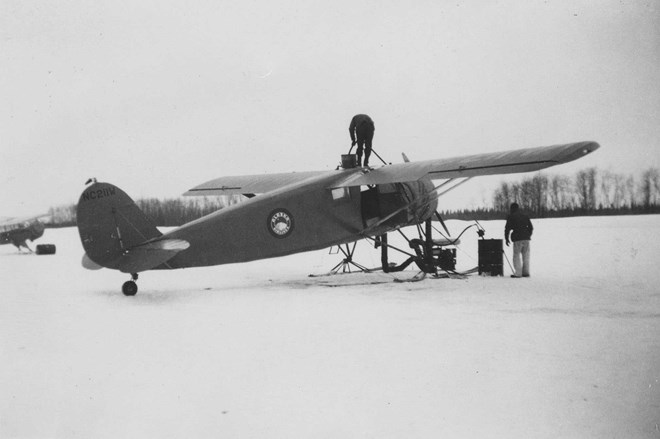 Stinson airplane, NC211W, that Oscar Winchell flew for a number of air services including Alaska Star Airways Service and Alaska Star Airline in the 1930s and 1940s. 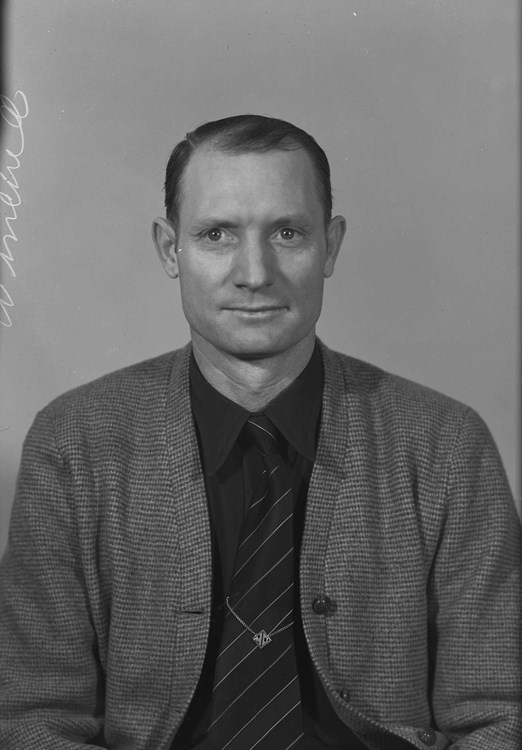 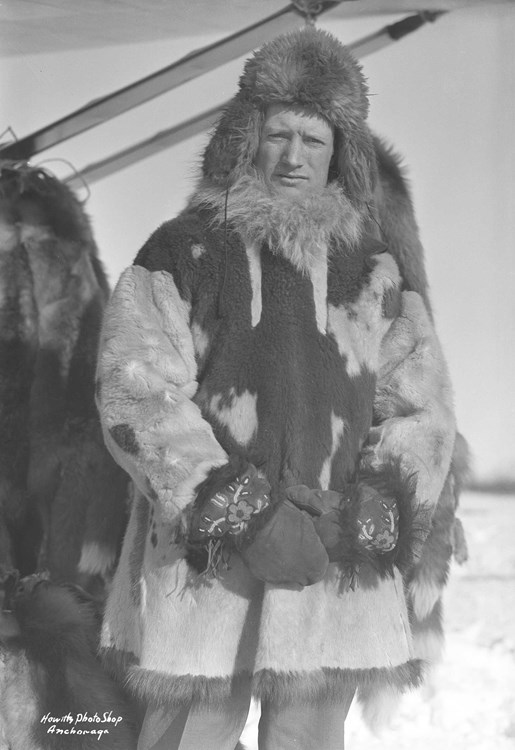